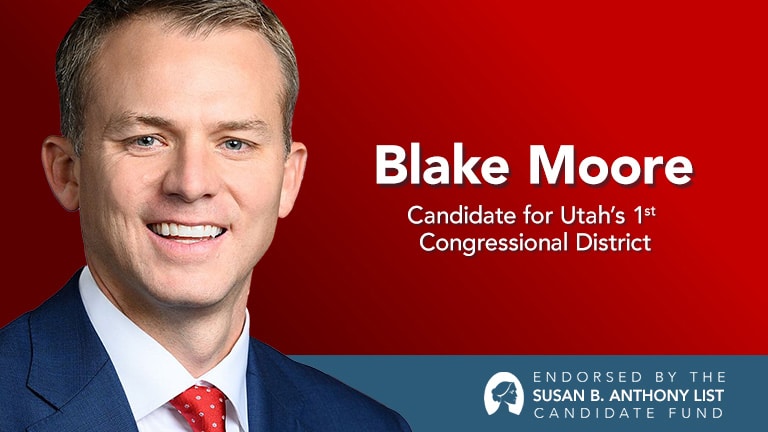 Prior to his time in Congress, Rep. Blake Moore was a principal at Cicero Group and spent much of his career in small business and the foreign service. Previously, he also served on the board of the Utah Adoption Exchange and has supported the Dave Thomas Foundation for Adoption. He and his wife, Jane, live in Ogden with their four boys and are members of the Church of Jesus Christ of Latter-Day Saints.

Moore has earned an A+ on SBA List’s National Pro-Life Scorecard during his first term in Congress. He signed the pro-life congressional amicus brief in Dobbs v. Jackson Women’s Health Organization, in which the Court overturned the egregiously wrong Roe v. Wade decision that allowed abortion in all nine months of pregnancy. Moore won his primary in June and is in a safe seat this fall. We look forward to continuing the important work of defending the unborn and their mothers alongside him in Congress.