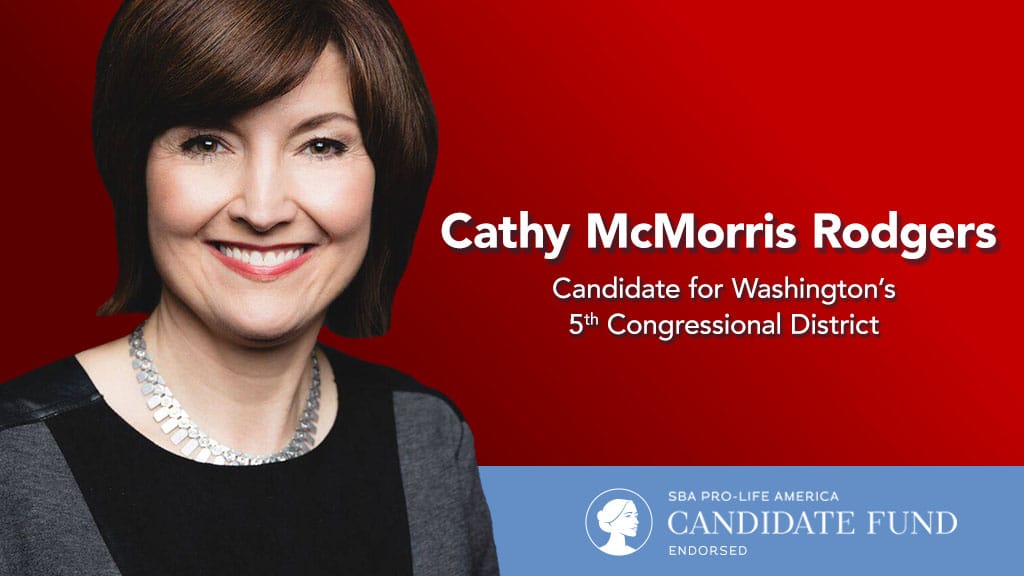 Congresswoman Cathy McMorris Rodgers has served the people of Washington’s 3rd district since 2005. She served as Republican Conference Chair from 2013 to 2019. Prior to her time in Congress, she served in the Washington State House of Representatives from 1994 to 2004 and was the first woman to lead a caucus in state history.

As Congresswoman, McMorris Rodgers has been a leader on life. She has an A rating on our scorecard for consistently voting to protect the unborn and to stop taxpayer dollars from paying for domestic and international abortion. During this past Congress alone, she has been incredibly active to defend President Trump’s pro-life victories and fight for life. She participated in the minority hearing on the Born-Alive Abortion Survivors Protection Act, was a witness in favor of the Global Protect Life Rule in the House Foreign Affairs Committee, and offered a Motion to Recommit to amend a bill and recognize unborn children as a vulnerable population.