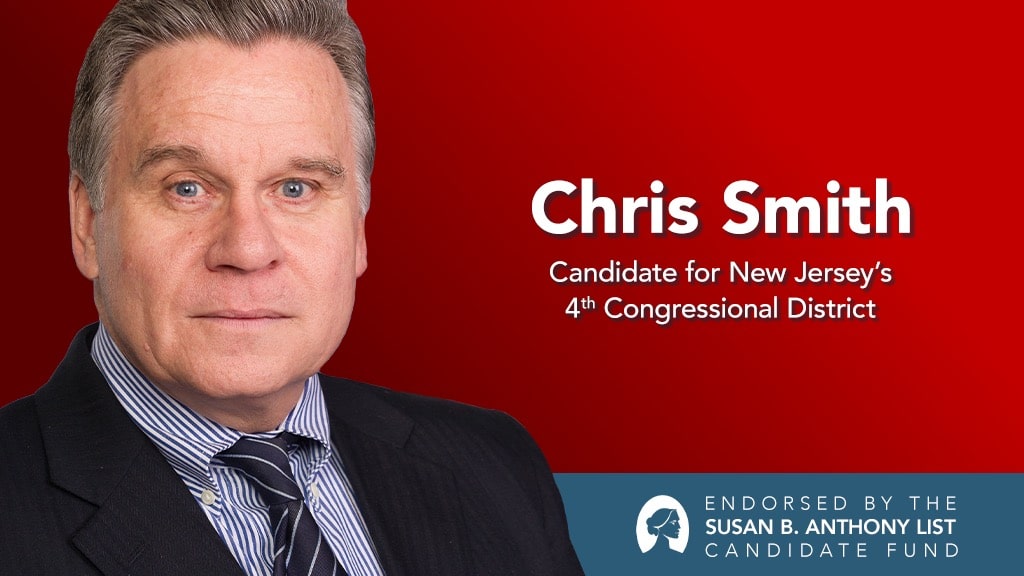 Congressman Chris Smith and his wife Marie are lifelong New Jerseyans who live out their pro-life values in all that they do. Prior to his time in Congress, Rep. Smith was the executive director of New Jersey Right to Life. He is the longtime chair of the Congressional Pro-Life Caucus and has maintained an impeccable pro-life voting record, earning an A+ on SBA Pro-Life America’s National Pro-Life Scorecard. He co-led the pro-life congressional amicus brief in Dobbs v. Jackson Women’s Health Organization, in which the Court overturned the egregious decision of Roe v. Wade and returned the issue of abortion back to the people of the United States. Congressman Smith won the Republican primary in June and will win the general election in the safely Republican seat. We look forward to continuing our work with this pro-life leader in the next Congress.