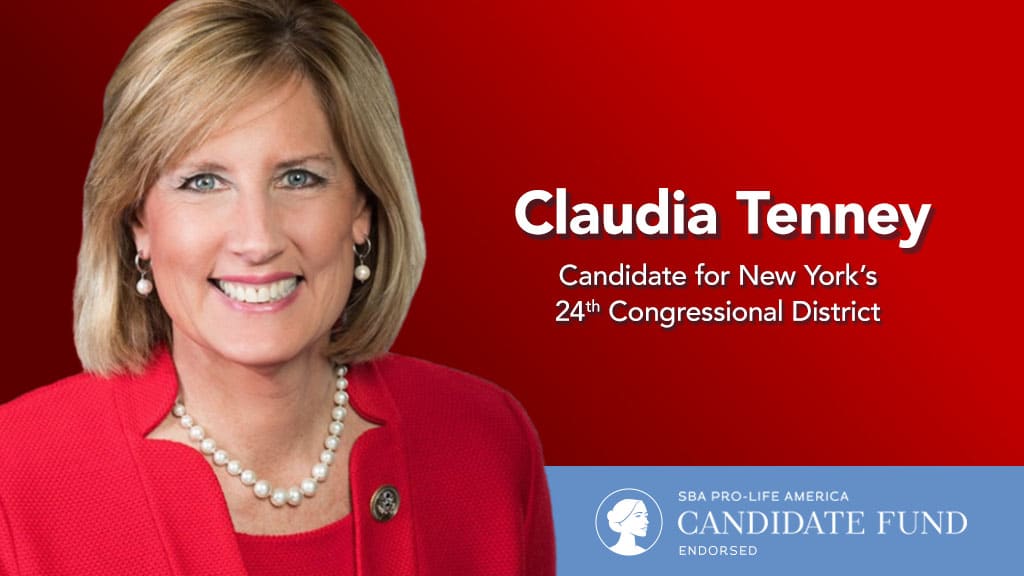 As a state legislator, attorney, and businesswoman, Congresswoman Claudia Tenney proved herself to be a consistent pro-life leader. Since she was first elected in 2016, Rep. Tenney maintained a solid pro-life voting record in Congress and has earned an A+ on SBA Pro-Life America's National Pro-Life Scorecard.

In prior years as a New York assemblywoman, she championed the Pain-Capable Unborn Child Protection Act, legislation that would end painful late-term abortions in New York. Throughout her time in office, she served as a member of SBA Pro-Life America’s National Pro-Life Women’s Caucus, which organizes and supports pro-life women who hold elected office at the state level. Rep. Tenney is running in a safe seat in New York’s 24th District.