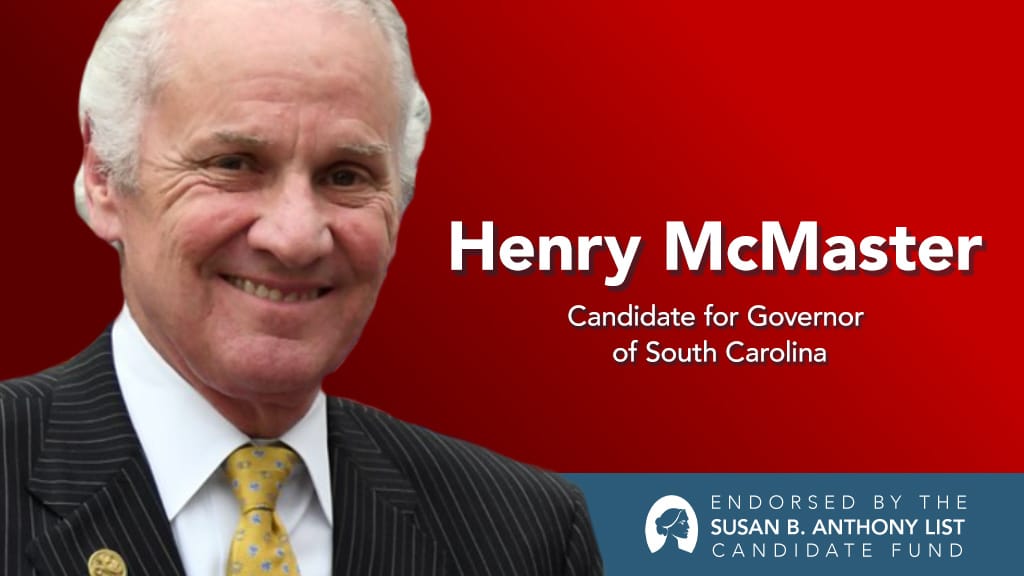 "Governor McMaster and his running mate, Pamela Evette, make a strong team who will stand up for the most vulnerable and never stop fighting for South Carolinians’ pro-life values."

Governor Henry McMaster served as lieutenant governor under Nikki Haley and assumed the office of governor when Haley was appointed ambassador to the United Nations. In 1981, McMaster was nominated by President Ronald Reagan as United States Attorney for the District of South Carolina. Previously he served as chairman of the South Carolina Republican Party. He and his wife Peggy have two children.