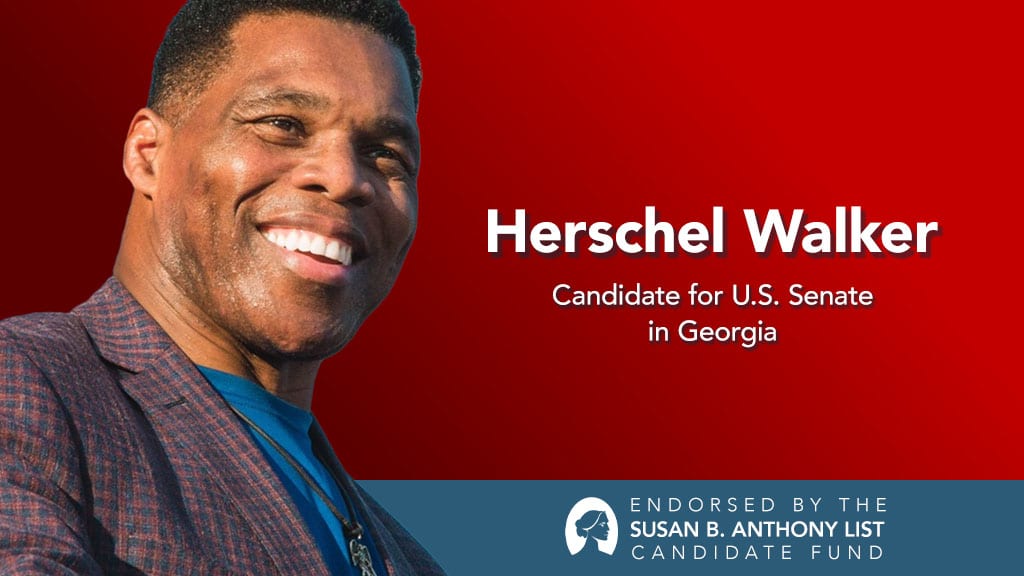 Herschel Walker rose to fame during his collegiate football career at the University of Georgia, where he led the team to the 1980 national championship, earned All-American honors during three consecutive years in both football and track and field, set multiple NCAA and SEC records and won the 1982 Heisman Trophy. He went on to play professional football for 15 years. A gifted athlete, he represented the United States in the 1992 Winter Olympics in bobsledding, is a fifth-degree black belt in Tae Kwon Do and was an MMA fighter. Building on his athletic legacy, he was appointed by President Trump to the President’s Council on Sports, Fitness and Nutrition.

Following his athletic career, Herschel returned to Georgia where he founded and served as CEO of H. Walker Enterprises, LLC and Renaissance Man Food Services, LLC. He also served as spokesman for the Universal Health Services’ Patriot Support Program, which seeks to help veterans struggling with mental health. Herschel and his wife Julie live in Atlanta with their dog, Cheerio. He is facing Senator Raphael Warnock, a pro-abortion extremist who has continually voted for abortion up to the moment of birth, paid for by taxpayers. This race is extremely competitive and will decide if we have a pro-life Senate next year.