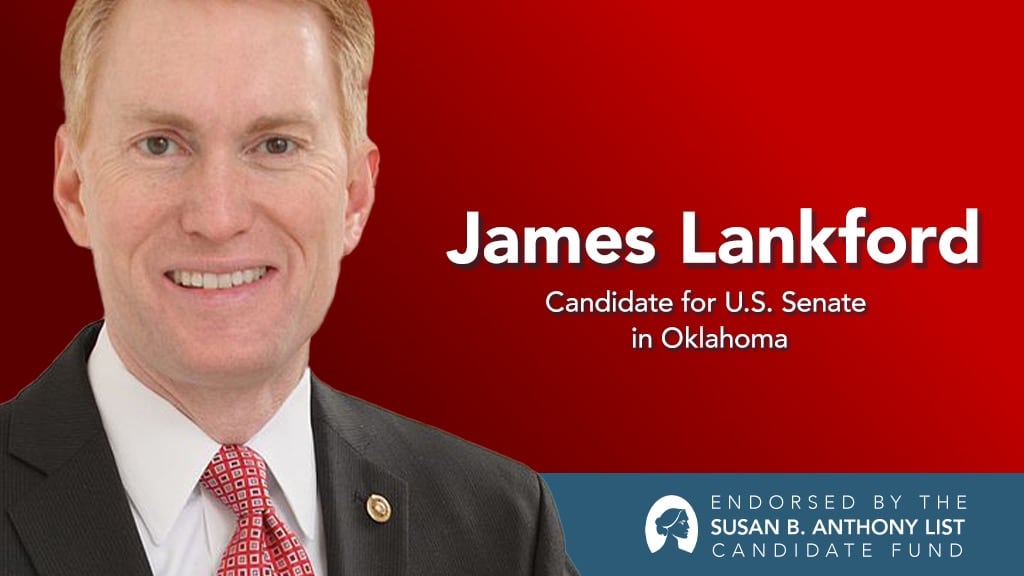 Senator James Lankford has served the state of Oklahoma in the U.S. Senate since his election in 2014. Prior to that, from 2010 to 2014, he served in the House of Representatives. Senator Lankford has voted consistently to defend the lives of the unborn and infants, including stopping hard-earned tax dollars from paying for abortion, whether domestically or internationally, and protecting health care provider rights for those who refuse to engage in brutal abortions. He chairs the Senate Values Action Team and has earned an A+ on SBA Pro-Life America's National Pro-Life Scorecard.

He has been married to his wife Cindy for over 29 years. Together, they have two wonderful daughters, Hannah and Jordan.

Sen. Lankford won his primary in May and is in a safe seat this fall. We look forward to continuing the important work of defending the unborn and their mothers alongside him in the U.S. Senate.