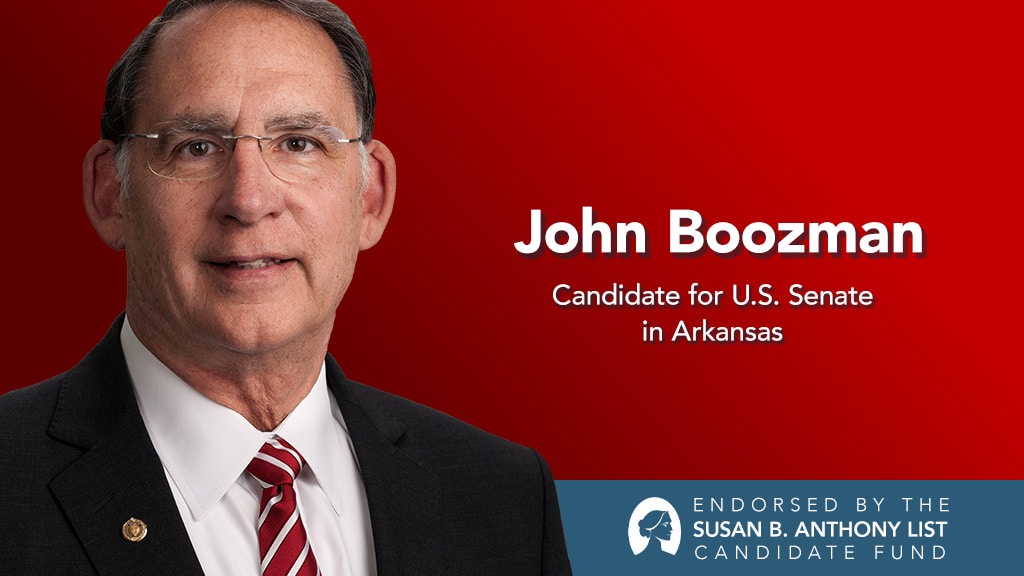 Senator John Boozman has voted consistently to protect the lives of the unborn and their mothers and earned an A+ on SBA List’s National Pro-Life Scorecard. He also co-signed the pro-life amicus brief submitted by over 200 members of Congress supporting Mississippi in Dobbs v. Jackson Women’s Health Organization, which overturned Roe v. Wade.

Senator Boozman is a fifth generation Arkansan and a native of Fort Smith. Prior to serving in elected office, he was a successful businessman and community servant, co-founding Boozman-Hof Regional Eye Clinic and establishing the low vision program at the Arkansas School for the Blind in Little Rock. He started his public career on the Rogers School Board before he was elected to Congress representing Arkansas’ 3rd Congressional District from 2001-2011. He was elected to the U.S. Senate in 2011.

Sen. Boozman and his wife Cathy live in Rogers and have three daughters and four grandchildren. Sen. Boozman won his primary in May and is in a safe pro-life seat this fall. We look forward to continuing the important work of defending the unborn and their mothers alongside him in the U.S. Senate.