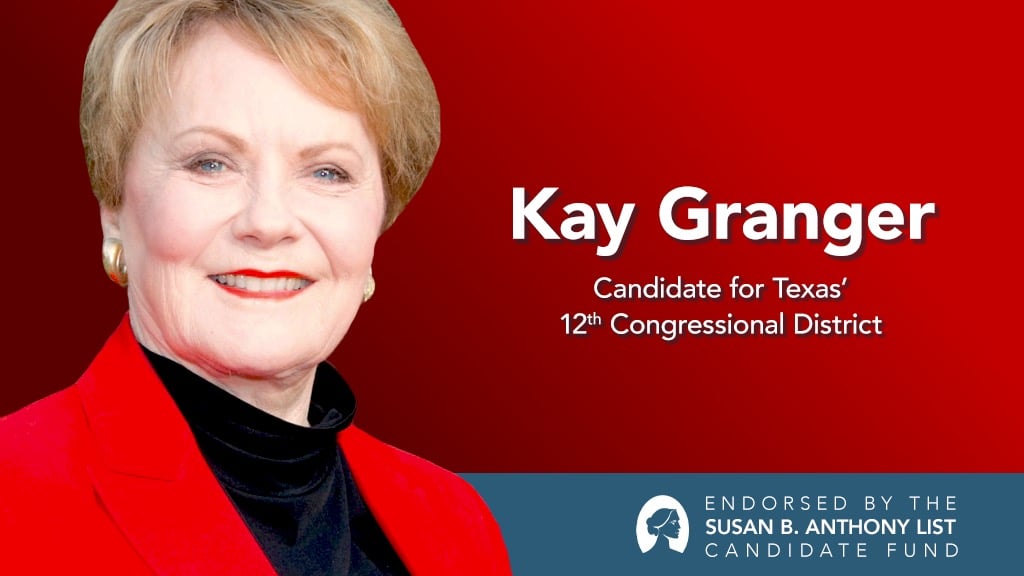 Congresswoman Kay Granger has served in Congress for over twenty years, first elected in 1997. Since then, she has supported key pro-life legislation such as the Born-Alive Abortion Survivors Protection Act and the No Taxpayer Funding for Abortion and Abortion Insurance Full Disclosure Act, earning an A+ on our National Pro-Life Scorecard. She has played a key role defending pro-life policy as ranking member on the House Committee on Appropriations. Prior to serving in Congress, Rep. Granger served on the Fort Worth City Council and was the first woman elected Mayor of Fort Worth. She has three grown children and is a grandmother of five.

Granger is running in a safe seat and will be returning to Congress for the next term, and we look forward to working with her to protect the most vulnerable Americans, the unborn.