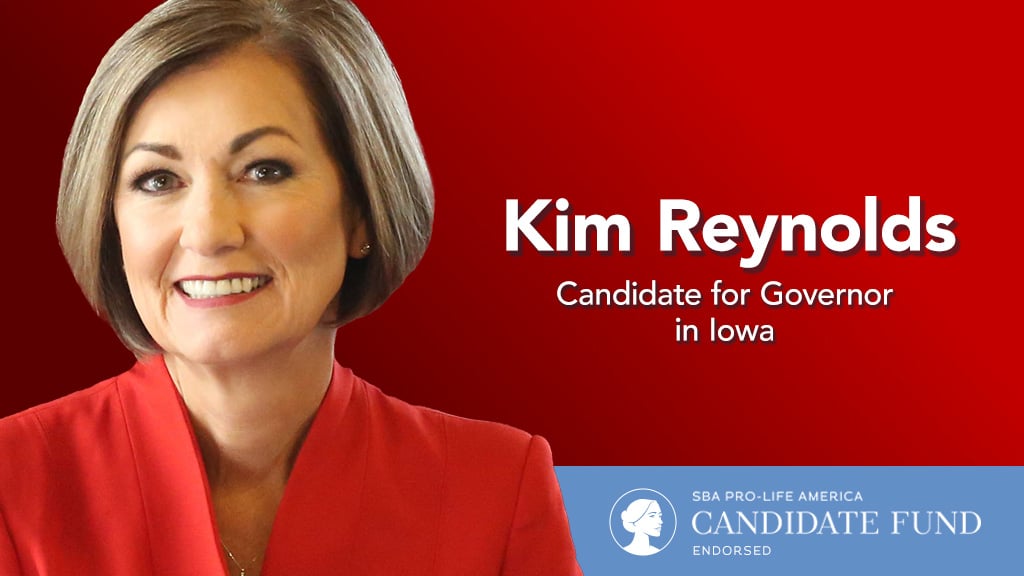 Reynolds is the first female governor of Iowa, holding office since 2017. One of her first acts was to sign Iowa’s Fetal Heartbeat bill into law. She later signed laws implementing waiting periods before an abortion can be performed and is a vocal advocate for a constitutional amendment to clarify that there is no right to abortion in Iowa. Reynolds was one of 12 governors to sign a pro-life amicus brief in Dobbs v. Jackson Women’s Health Organization, in which the Supreme Court will assess whether pre-viability limits on abortion are constitutional.

Previously Reynolds served as lieutenant governor from 2011-2017, in the Iowa Senate from 2009-2010, and as Clarke County treasurer. She and her husband Kevin live in Terrace Hill and have three children and nine grandchildren.