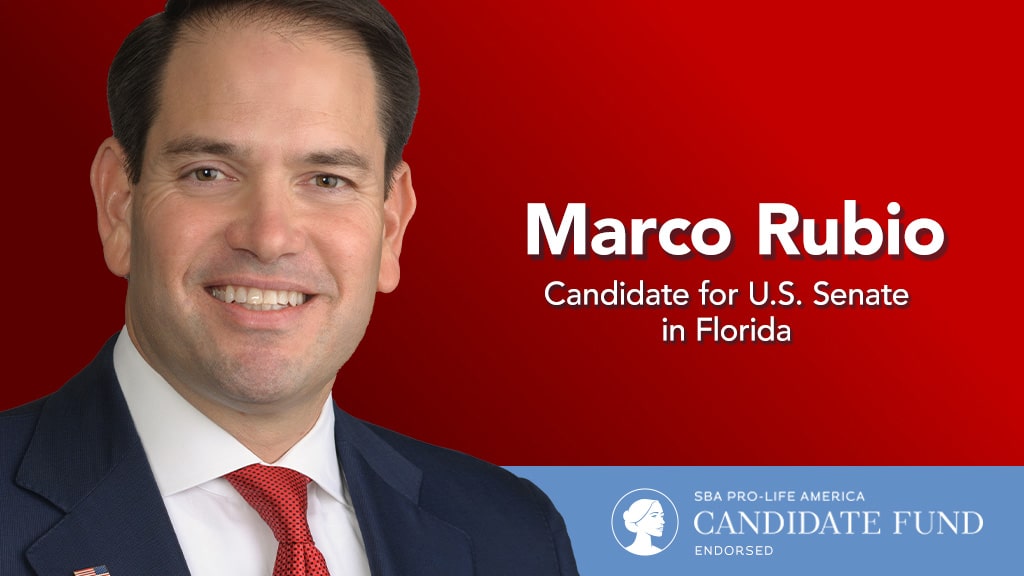 Senator Marco Rubio has earned an A+ on SBA Pro-Life America’s National Pro-Life Scorecard for his impeccable pro-life record. He signed the pro-life congressional amicus brief in Dobbs v. Jackson Women’s Health Organization, in which the Court overturned Roe v. Wade. Sen. Rubio grew up in West Miami and is the son of Cuban immigrants. He was first elected to the U.S. Senate in 2010 after spending nine years in the Florida House of Representatives, including three years as House speaker. He and his wife Jeanette have four children and live in Miami.