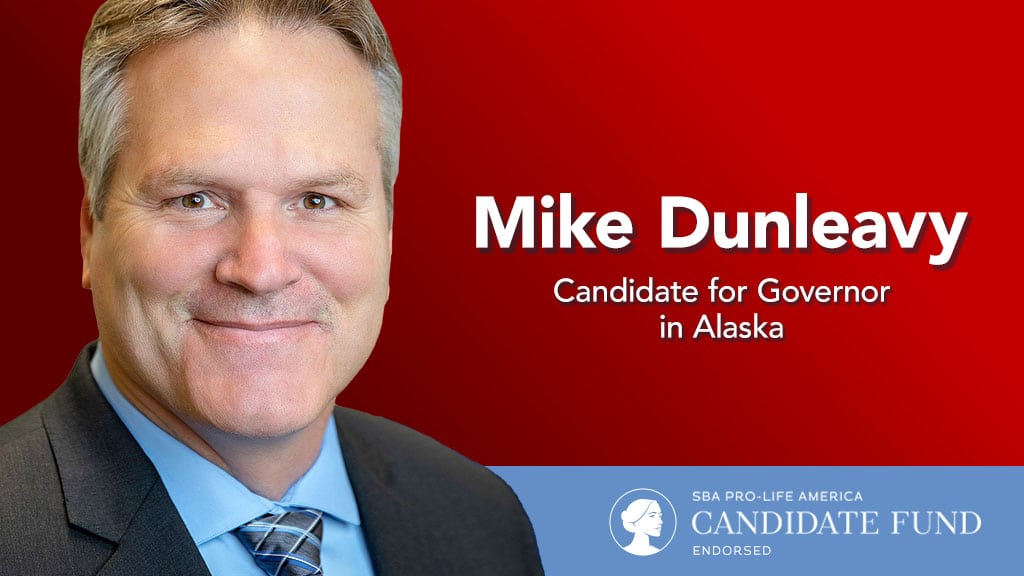 Dunleavy was elected governor in 2018. As a state senator, he maintained a pro-life record. Dunleavy issued Alaska’s first proclamation declaring January 22 Right to Life Day. After the Alaska Supreme Court repeatedly blocked efforts by state lawmakers to stop taxpayer funding of abortion on demand, Dunleavy vetoed $335,000 from the Court’s budget – the amount taxpayers would be forced to pay for elective abortions.

Dunleavy settled in Alaska in 1983, working in a logging camp in southeast Alaska. He pursued his teacher certification, then a master’s degree in education and spent two decades serving northwest Arctic communities as a teacher, principal and superintendent. In 2004 he started an educational consulting firm in Wasilla and went on to serve as president of the Mat-Su Borough School Board, then as a state senator for five years. He and his wife Rose, who is from the Kobuk River Valley community, have three children.