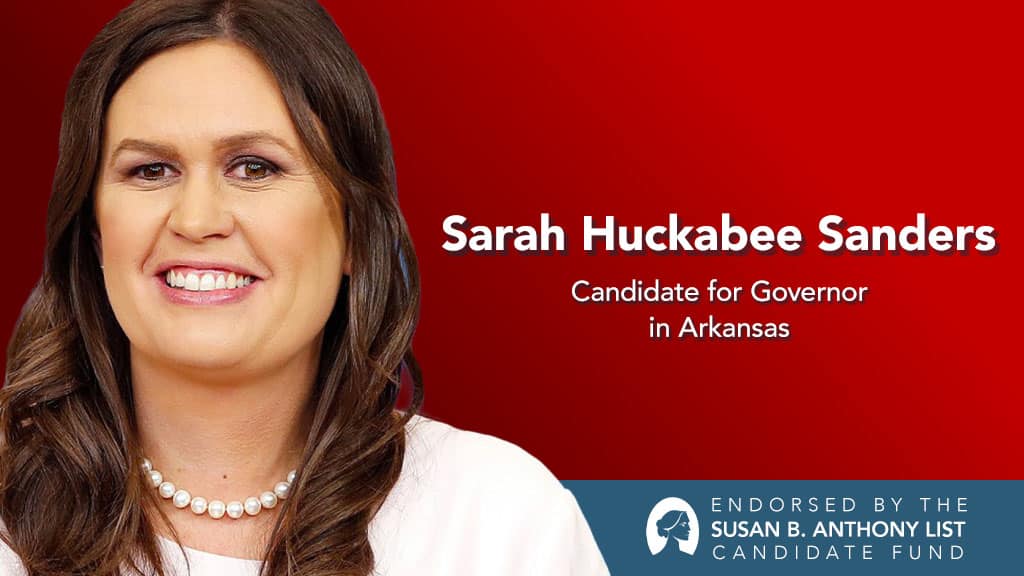 Sarah Huckabee Sanders served as Press Secretary to President Donald Trump from 2017 until 2019, having served as a senior advisor to the Trump campaign since February of 2016. Prior to her time with President Trump, she had a long history in politics, serving on the campaigns of Senator Tom Cotton, Senator John Boozman, and her father, Governor Mike Huckabee's presidential campaign. She worked in the Department of Education under President Bush and was the campaign manager of the ONE campaign, a global non-profit that took action to end extreme poverty and preventable disease.

Sanders and her husband Bryan live in Little Rock with their three children Scarlett, Huck, and George.