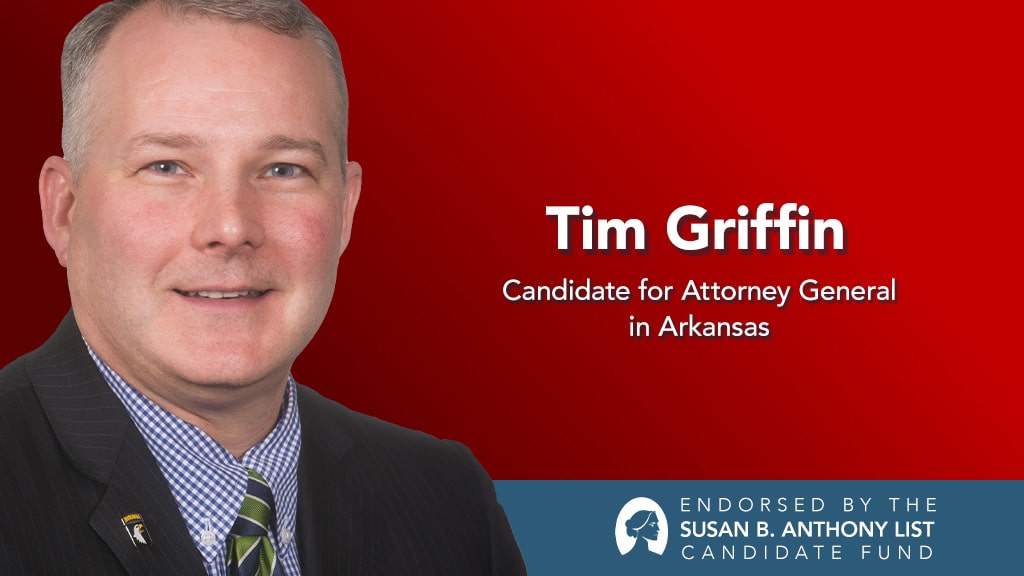 Griffin is Arkansas’ 20th lieutenant governor, a position he has held since 2015. He is a colonel in the U.S. Army Reserve, JAG Corps, having served for more than 25 years and received numerous awards. He was a special assistant and deputy director of public affairs to President George W. Bush before his appointment as U.S. Attorney for the Eastern District of Arkansas. He then represented Arkansas’ 2nd Congressional District from 2011-2015, maintaining a 100% pro-life voting record.

Griffin continues to serve in the Army and is a commander at Fort Bragg, North Carolina. He serves on the board of Pathway to Freedom, a faith-based prison ministry, and previously served on the board of Our House, Big Brothers Big Sisters of Central Arkansas, and the Florence Crittenton Home. He and his wife Elizabeth live in Little Rock with their three children, Mary Katherine, John and Charlotte Anne. They are members of Immanuel Baptist Church.