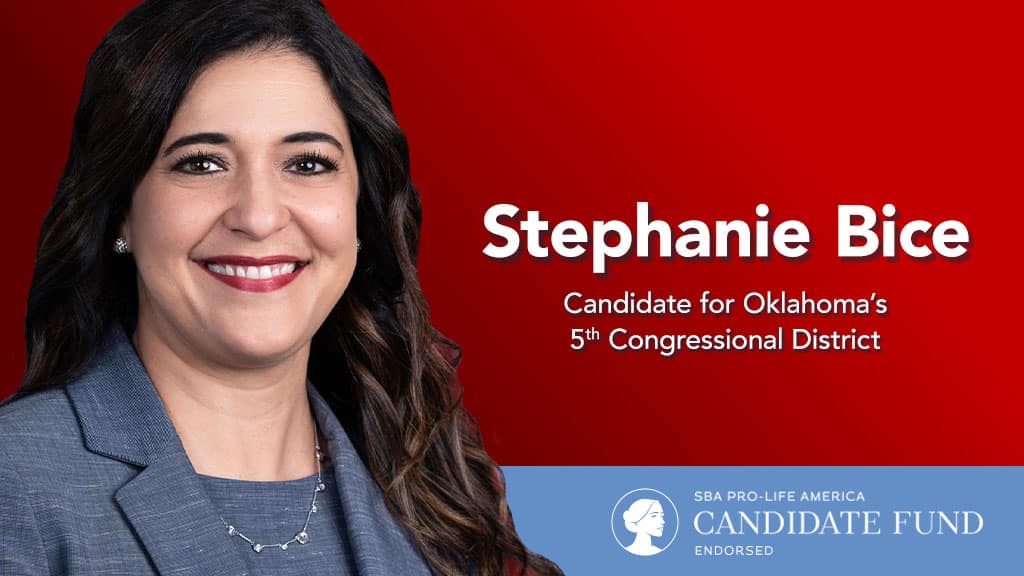 Rep. Bice is a fourth generation Oklahoman. Elected to the Oklahoma Senate in 2014, she served for two years as assistant majority floor leader and then as chair of the Senate Finance Committee. She has mentored young women as a member of the Governing Institute’s Women in Government Leadership Program. She was first elected to Congress in 2020 and earned an A+ on SBA Pro-Life America's National Pro-Life Scorecard. Stephanie and her husband have two daughters and are active members of St. Eugene Catholic Church in Oklahoma City.

Rep. Bice won her primary in June and will be returning to Washington for the next Congress. We look forward to working with such a strong ally to protect the unborn.