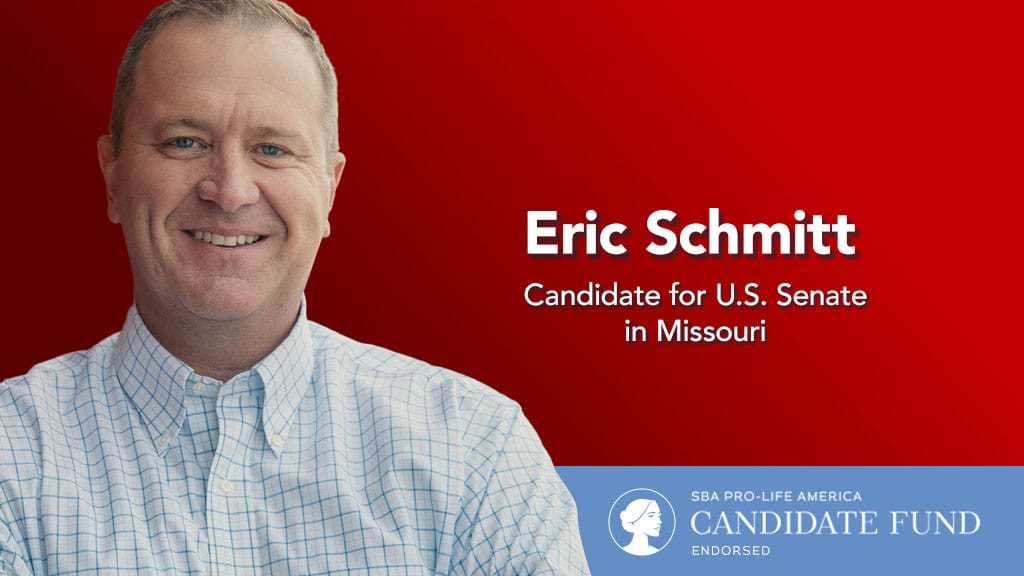 Eric Schmitt is a sixth generation Missourian. He previously served in the Missouri State Senate, as state Treasurer, and most recently as Attorney General. His experience in public service equips him to preserve the rule of law and continue to fight for the interests of his home state. Eric and his wife Jaime have three children. His oldest, Stephen has autism, epilepsy, and is non-verbal. Eric is running against democrat Trudy Busch Valentine in a safely pro-life state.