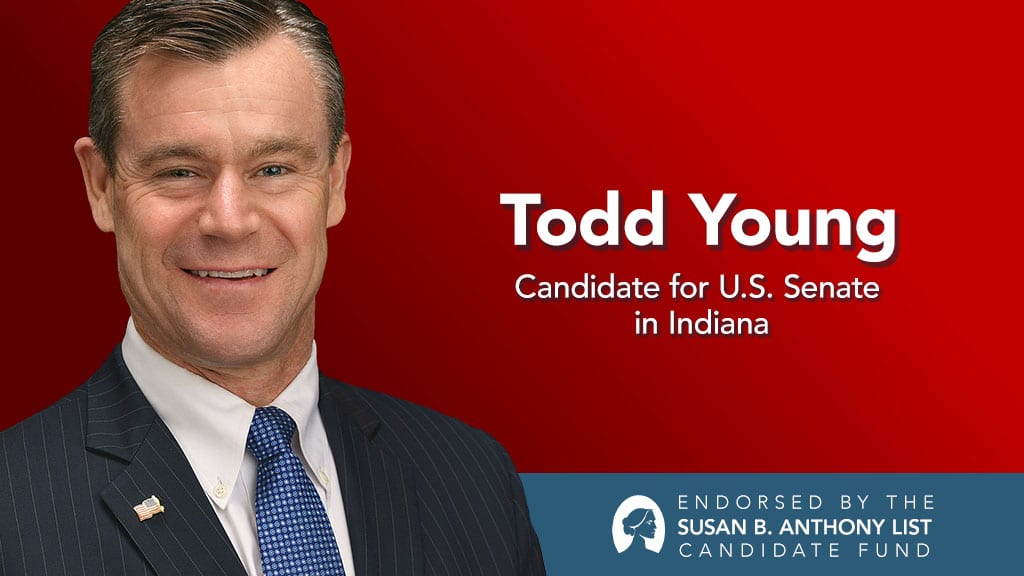 Senator Young is a fifth generation Hoosier and has represented Indiana in the Senate since 2017. Prior to his time in the Senate, he represented Indiana’s 9th Congressional District from 2011-2017. He worked in a small law firm in southern Indiana and is a veteran of the U.S. Marine Corps. He and his wife Jenny have three daughters.

Sen. Young is a co-sponsor of the No Taxpayer Funding for Abortion and Abortion Insurance Full Disclosure Act, the Pain-Capable Unborn Child Protection Act, the Support and Value Expectant Moms and Babies Act, and the Born-Alive Abortion Survivors Protection Act. He has an A+ on SBA List’s National Pro-Life Scorecard. Sen. Young is in a safe seat after winning his May primary, and we are pleased to see this pro-life champion return to the Senate.