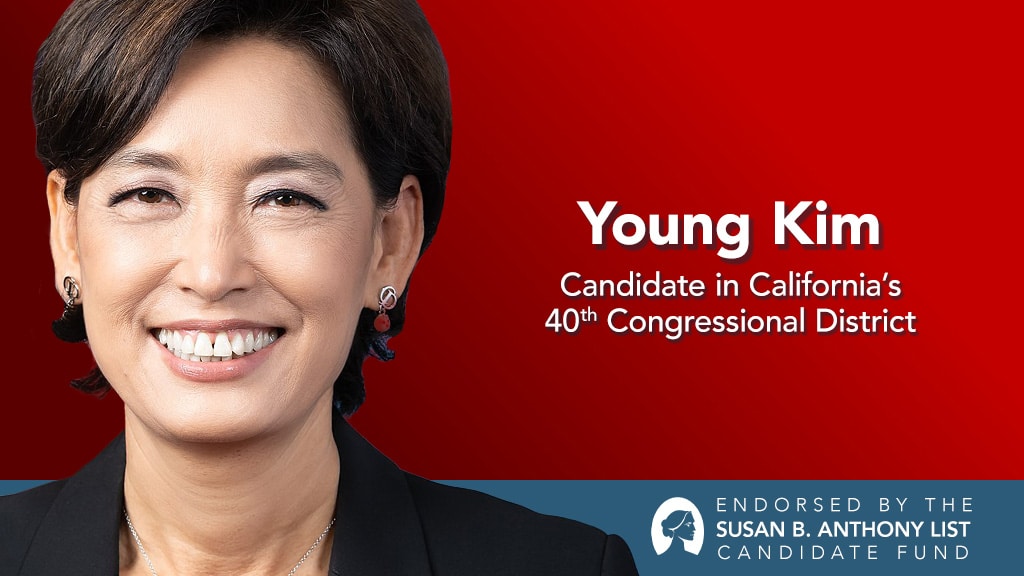 Congresswoman Young Kim is an immigrant to the United States and the first Korean American Republican woman to serve in the California State Assembly, where she had a strong pro-life voting record. Prior to her service in the assembly, Rep. Kim worked for former Congressman Ed Royce. Since coming to Congress, she has earned an A+ on SBA Pro-Life America's National Pro-Life Scorecard. Rep. Kim is a community leader, businesswoman and public servant. She and her husband Charles have four children.

Asif Mahmood is challenging Rep. Kim in the general election. Mahmood has publicly expressed his desire to codify Roe v. Wade into law, which would force painful late-term abortions onto every state in the nation. The 40th district will be competitive. We hope to see Rep. Kim return to Congress to continue her pro-life advocacy.