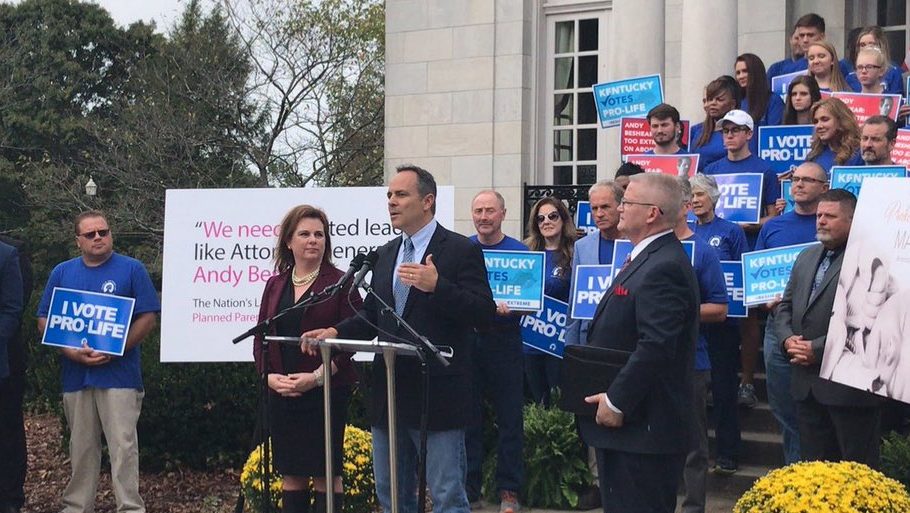 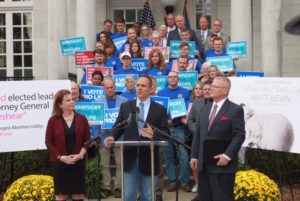 The Courier Journal reported on the event, quoting Marjorie on the importance of the Kentucky race:

Marjorie Dannenfelser, the group’s president, introduced each candidate and said the Bluegrass State’s fall election is a bellwether for other states. She said her members, who were clad in blue T-shirts proclaiming, “I vote pro-life,” think this is the most important election since 1973, when the U.S. Supreme Court allowed abortion.

“The contrast between Gov. Bevin and his opponent, Andy Beshear, is honestly a gift in politics,” she said. “It’s also a sign of a tragedy in Kentucky. The only way Andy Beshear can win is if people don’t know what his position is.”