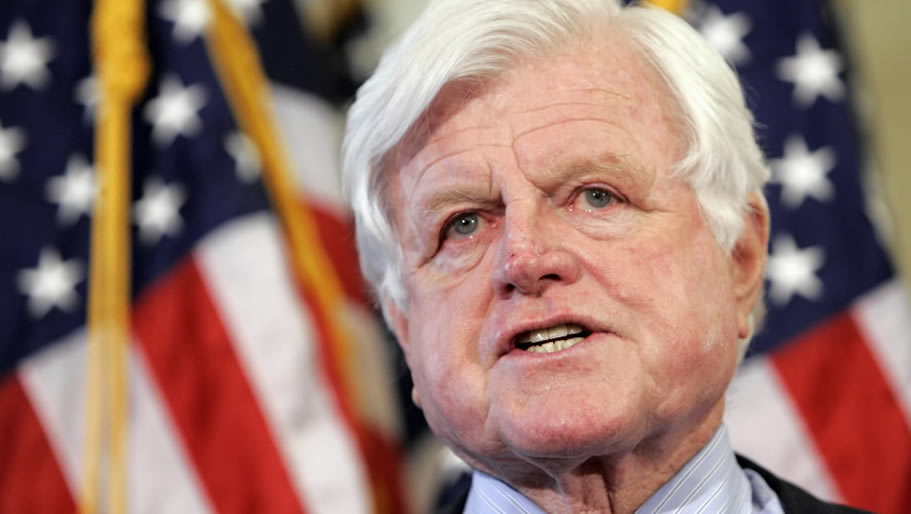 A cruel April is at hand for the memory of the late Senator Edward M. Kennedy. Tomorrow brings the premiere of the film Chappaquiddick, by all accounts a searing portrayal of the Kennedy camp’s efforts to shield the senator from political destruction in the wake of the drowning death of Mary Jo Kopechne. Enough time has passed that, as has happened with other elements of the sexual ethic of left-of-center public figures, reflection and condemnation have become possible. But the fact remains that Ted Kennedy rolled on from the events at Edgartown and molded a reputation as a social justice warrior, a champion of immigrants, universal health care, and the poor.

That reputation contrasts starkly with his standing among social conservatives, particularly Catholics who deplored his abandonment of pro-life views early in his career and then saw him lead the fight against Robert Bork’s nomination to the Supreme Court. Bitter memories of Kennedy’s vicious caricature of Bork are inevitable this spring as rumors swirl of Justice Anthony Kennedy’s retirement from the high court. That one action by Senator Kennedy paved the way for a judicial appointment that almost surely was the key to preserving a constitutional right to abortion on demand and to the overturning of U.S. laws protecting marriage as the union of one man and one woman.

But there is one sense in which the legacy of Ted Kennedy might serve a beneficent purpose in 2018, nearly a decade after his death. In the summer of 2009, as Kennedy was suffering from brain cancer and confronting the prospect of imminent death, he wrote a private letter to then-pontiff Benedict XVI. Reading the letter today, one is struck by both its defensiveness and its simplicity. It is not a true apologia pro vita sua, a meditation on the milestones in a life lived on the international stage as the scion of one of the most famous families in American history…