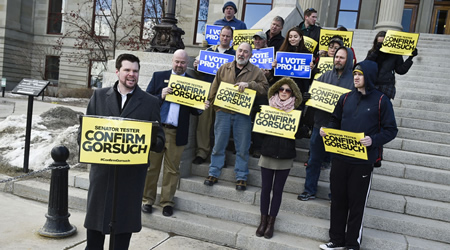 Members of the Pro-life Court Coalition held the event, which included abortion opponents Susan B. Anthony List, Concerned Women for America and Montana Family Foundation. Touting the social media hashtag #ConfirmGorsuch, the event was part of a national effort to garner confirmation support, including from Democratic senators up for re-election in 2018, according to a news release.

Continue reading at the Independent Record