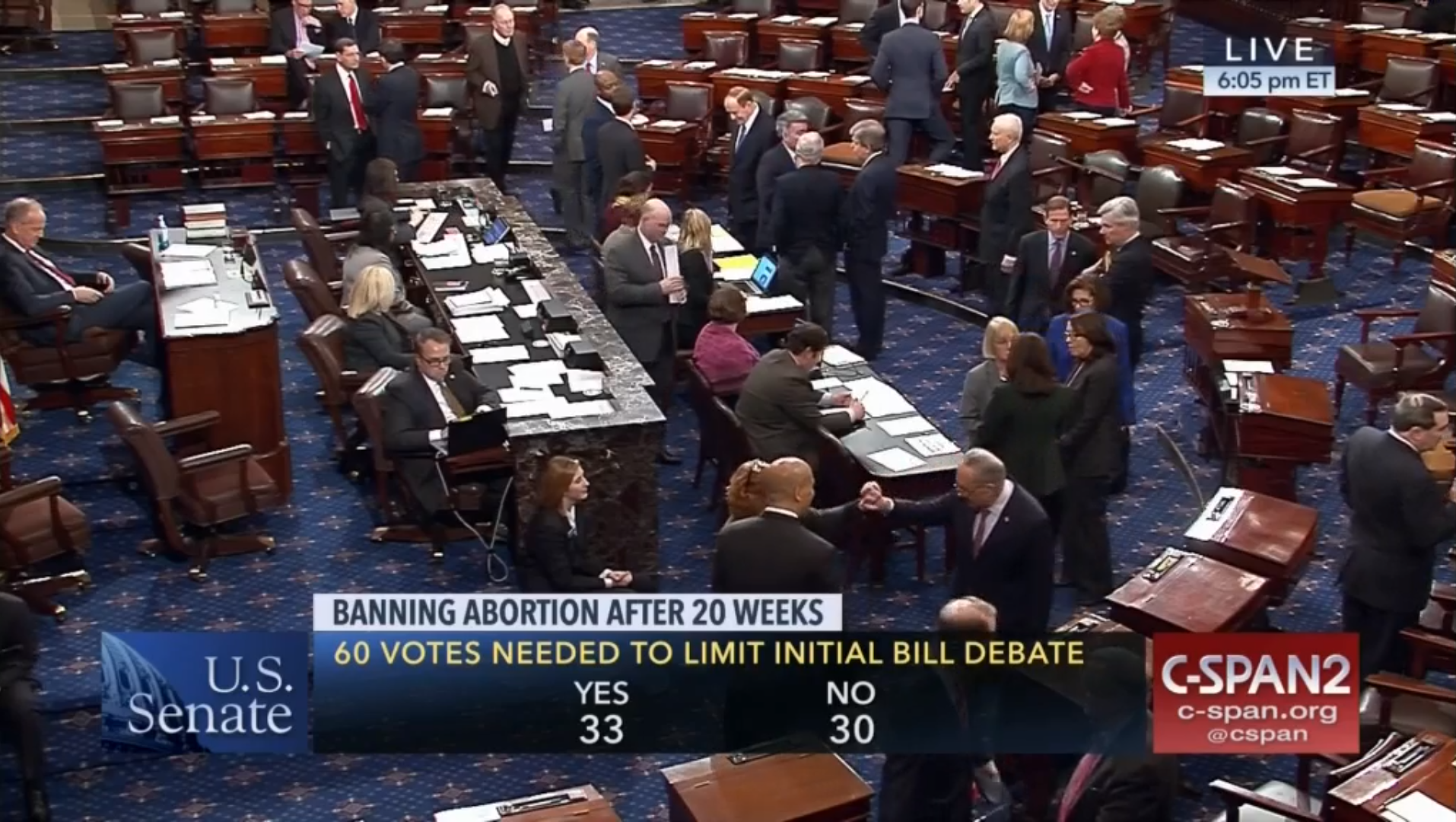 More than half of the Senate’s Democrats and independents are up for re-election this year; 10 of them are in states President Trump won and many of those have some version of the 20-week ban already passed at the state level.

“Vulnerable Democrats up for re-election this year like Sens. Claire McCaskill, Sherrod Brown, and Heidi Heitkamp, ought to vote in line with their constituents and support this compassionate bill,” Marjorie Dannenfelser, who is president of the anti-abortion advocacy organization Susan B. Anthony List said Monday morning. “Voting to keep the brutality of late-term abortion legal isn’t just morally abhorrent, it defies national consensus and is a major political liability.”

SBA List’s polling shows that a majority of voters in each of those states — Missouri, Ohio and North Dakota — would support a measure banning abortions after five months.