Did you know that in India if you were “unfortunate” to give birth to a girl, there is a common sex change surgery that is often performed in order to change your daughter into a son?  Welcome to the 21st century where medicine and technology has instilled power in individuals to perform actions that are very altering and shocking to innocent young children.  The Huffington Post reports that this common surgery costs $3,190 and one of the main reasons for performing it is so the young girl’s parents can avoid “shelling out for expensive weddings and dowries.”  Most often in India, parents prefer male children and it seems they will do almost anything for a son. 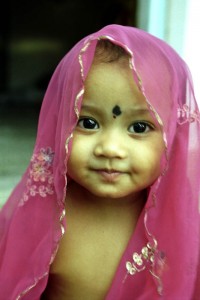 According to reports, typically when parents find out they are having a girl, they either abort the baby or have sex change surgery performed later on in the child’s life.  As might be expected however, sex change surgery however presents various issues including emotional and psychological trauma later in the child’s life and potential infertility.  These issues are great risks that are often taken in order for society and the family to have the preferred sex.  Both options – abortion or forced sex changes – go against one’s inherent right to life.

Ranjana Kumari, of the Centre for Social Research and one of India’s leading campaigners against female feticide, remarked how the popularity of sex change operations is a sign of her country’s “social madness,” says the Huffington Post.  These physical and psychological changes are potentially very damaging to the young individuals inflicted upon by their parents.  The Pro-CHOICE mentality is strongly influencing Indian social issues not only in normalizing the killing of children by abortion, but also allowing parents to force their children to be something different than what they were created.

The Pro-LIFE fight spans across many different areas and we must continue to fight to protect the rights and inherent gifts given to each individual – assisting them to fulfill the mission of who they were created to be.  Although the United States has attained a strong sense of equality between males and females in our modern times, forced sex change operations could become the norm in our country if we are not vigilant.