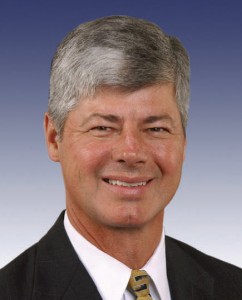 In an interview yesterday with CNS News, Rep. Bart Stupak (D-Mich.) made pro-lifers proud. Stupak remained strong, repeating that the Reid language in the Senate bill (almost inevitably scheduled to pass tomorrow morning) is unacceptable from the pro-life perspective.

Stupak spoke candidly about his interactions with democratic leadership in the White House, saying that he is definitely being pressured, and that Democratic leaders are frustrated with him for coming out so strong against the Reid abortion language, without them first having a change to “sell” it to him.

Stupak said he does not need a sales pitch, because he has already seen the words of the bill and already doesn’t like it. In his own words: (Listen the interview)

“…I’m not going to run from the issue I’m going to stand up and say, ‘Look, here’s my objections.’ Here – it’s not just my objections – but there’s a number of my [colleagues] who feel strongly about this issue, and these are the parts that have to be fixed. There are three ways in which the bill dramatically deviates from current law.

“So we’re getting a lot of pressure not to say anything, to try to compromise this principle or belief, and we’re just not – that’s just not us, I mean, we’re not going to do that. Members who voted for the Stupak language in the House – especially the Democrats, 64 Democrats that voted for it – feel very strongly about it. It’s been part of who we are, part of our make up. It’s the principle belief that we have. We are not just going to abandon it in the name of health care.”

When asked if he had enough votes to stop the conference bill, which must return for a vote in both the House and the Senate, Stupak said:

“Well, if all the issues are resolved and we’re down to the pro-life view or, I should say, no public funding for abortion, there’s at least 10 to 12 members who have said repeatedly, unless this language is fixed and current law is maintained and no public funding for abortion, they’re not gonna’  vote for the bill. There’s 10 or 12 of us — they only passed the bill by 3 votes, so they’re going to be short 8 to 9, maybe 6 to 8 votes. So they do not have the votes to pass it in the House.”

Excellent news on the eve of what is most surely going to be a disappointing Senate vote. Rep. Stupak has been the strongest pro-life advocate from the beginning of this fight and if he continues in this fashion, is likely to go down in history as a great defender of the unborn in a pivotal time in American history.