The briefing kicked off our 2013 effort to re-center the abortion debate around the dignity and value of the human person and how abortion affects children, mothers, and our communities. Abby Johnson recounted her experiences working for Planned Parenthood; Rebecca Kiesling explained how she was conceived in rape and targeted for abortion; Dr. Alveda King examined how the abortion industry targets the African American community; Georgette Forney shared her testimony as a post-abortive woman who is “Silent No More;” Melissa Ohden bravely talk about how she survived a failed abortion; and Congresswoman Michele Bachmann shared a very personal story that affected her pro-life stance. 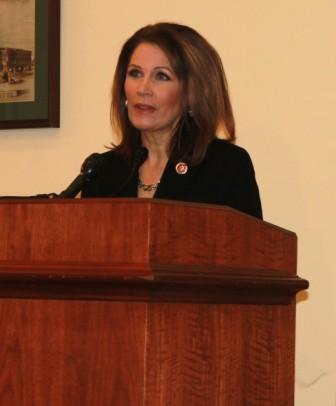 These bold women put a real, human face on the abortion issue and helped Members of Congress and their staff better understand how to articulate their pro-life values.

Soon we will take the testimonies of these women and professionally produce them to be made available to anyone who wants to learn how to be a better messenger for our shared cause.

These powerful testimonies will also help us train candidates to ensure we have a strong crop in 2013 and 2014, prepared to eloquently communicate their pro-life positions and expose the extremism of their pro-abortion opponents.

We learned during this past election cycle the power of putting a face to the pro-life issue with our Melissa Ohden “abortion survivor” television ad. When Americans are directly confronted with how abortion affects real, human lives – they can be swayed.

The SBA List plans to continue to do just that, using yesterday’s briefing as a launching pad for the rest of our 2013 educational programs.

Together, we can combat the efforts of President Obama, Planned Parenthood, and their allies in the media who want to distract the debate away from abortion!