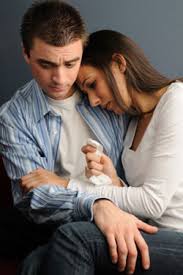 Over at National Review Online, Kevin Burke of Priest for Life and Rachel’s Vineyard uses a real life example to highlight the reality of post-abortion trauma.

Despite pro-abortion talking points, pro-abortion trauma is real, painful, and experienced not only by the mothers of aborted children, but their fathers and siblings as well.

Burke points to the evidence laid out in the biography of rock legend, Aerosmith front man Steven Tyler. In the band’s tell-all autobiography, Tyler wrote about an unplanned pregnancy with his then 14-year-old girlfriend:

“It was a big crisis. It’s a major thing when you’re growing something with a woman, but they convinced us that it would never work out and would ruin our lives. . . . You go to the doctor and they put the needle in her belly and they squeeze the stuff in and you watch. And it comes out dead. I was pretty devastated. In my mind, I’m going, Jesus, what have I done?”

Burke goes on to write:

The Diagnostic and Statistical Manual of Mental Disorders defines a traumatic event as follows: “1. The person experienced, witnessed, or was confronted with an event or events that involved actual or threatened death or serious injury, or a threat to the physical integrity of self or others. 2. The person’s response involved intense fear, helplessness, or horror.”

Those who support abortion rights assure us that post-abortion complications are a myth. But Steven Tyler cuts through this fog of denial and lays it on the line: Jesus, what have I done?

This is the cry of a post-abortive father whose very intimate exposure to the reality of abortion fits the textbook definition of trauma — as set down by the very same American Psychiatric Association that assures us abortion is a safe procedure with no negative effects on a man’s or a woman’s mental health.

Read the rest of Burke’s compassionate, thoughtful post at NRO.

For more information on Rachel’s Vineyard and hope & healing after abortion check out: http://www.rachelsvineyard.org/