Last night’s results of the gubernatorial primaries in Oklahoma were historic, yielding a race between Republican Mary Fallin and Democrat Jari Askins for Governor. The United States has only seen two female candidates face off in a general election for Governor three times. Oklahoma will soon have its first female governor regardless of the outcome. But make no mistake; these two female candidates are very different. Only one candidate holds the same stance on Life that the early feminist pioneers of our country held so dearly. 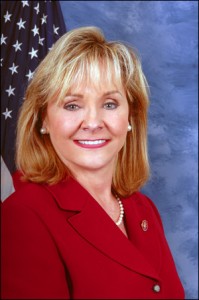 Susan B. Anthony and the other trailblazing, early feminists, Mary   Fallin fights for Life. After Fallin’s win last night, SBA List Candidate Fund President Marjorie Dannenfelser said, “A new women’s movement which affirms its original pro-life roots is making its way across the country, and Rep. Fallin is one of its brightest stars.” Mary proves this with her 100% Pro-Life voting record.

The people of Oklahoma want pro-life laws put into effect, but current Governor Brad Henry has vetoed all pro-life legislation that makes it to his desk. One such bill requires mothers seeking abortions to see an ultrasound of their child before the procedure. This bill has been vetoed by Henry twice, but Mary Fallin will stop the deadlock and sign these important pieces of legislation.

With Mary Fallin as Governor, major progress will be made in the fight for Life. The people of Oklahoma need women like Mary Fallin as governor, who will work tirelessly for the unborn and their mothers- securing basic human rights for all. Hopefully, in the future, more states will be as lucky.