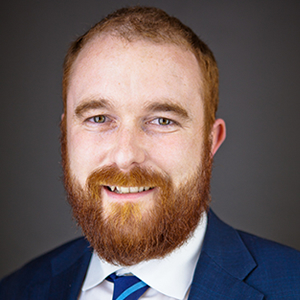 Andrew Moore is the Digital and Creative Director for SBA List.

Born and raised in Christchurch, New Zealand, Andrew became involved in the pro-life movement when he co-founded Pro-Life New Zealand, the only youth pro-life group in the country at the time. Projects included re-establishing a March for Life, organizing a national pro-life tour featuring speakers from the United States, and leading a nationwide protest against an attempt to expand the use of chemical abortion in New Zealand. Andrew also served on the board of Right to Life New Zealand.

After moving to the United States in 2011, Andrew launched AbortionWiki, a comprehensive online database of the abortion industry. He also helped coordinate the “#Gosnell TweetFest,” which was successful in drawing public attention to the murder trial of late-term abortionist Kermit Gosnell. Prior to joining SBA List, Andrew worked as Director of Marketing & Communications for Americans United for Life.

Andrew lives with his wife, Daena, and their four children near Chicago, Illinois.