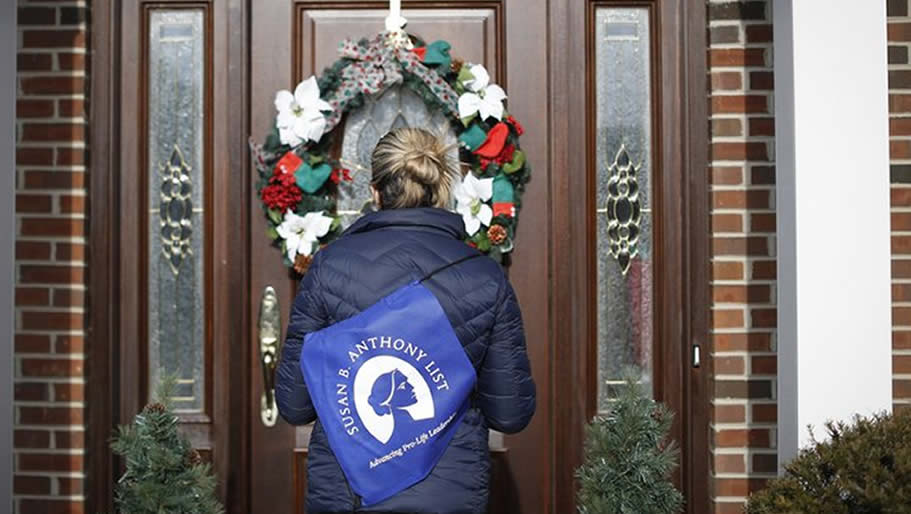 “I don’t think anybody thinks that the White House is a perfectly regimented and orderly family … but that doesn’t change their commitment to the issue,” said Marjorie Dannenfelser, president of the Susan B. Anthony List, an anti-abortion organization that is expanding its door-knocking operation across states with Senate incumbents who have voted for abortion rights. …

A year into Trump’s term, abortion opponents see the stall of anti-abortion legislation as a product of the slim Republican majority in the Senate. So, they’re focusing on the midterm elections. Conway says abortion is a key part of discussions with prospective GOP candidates. And groups like the SBA List are boosting their ground games in an effort to turn out people who want to roll back abortions, including Hispanics, but don’t tend to vote in nonpresidential election years.

The group’s band of door-knockers, who make about $10 an hour, are among about 220 canvassers on the ground targeting Democratic Senate incumbents in Ohio, Indiana, Florida, Missouri and North Dakota. A spokeswoman said the group is aiming to quadruple the number of paid canvassers in 2018 and expand its operations into Senate races in West Virginia, Wisconsin and likely Minnesota.