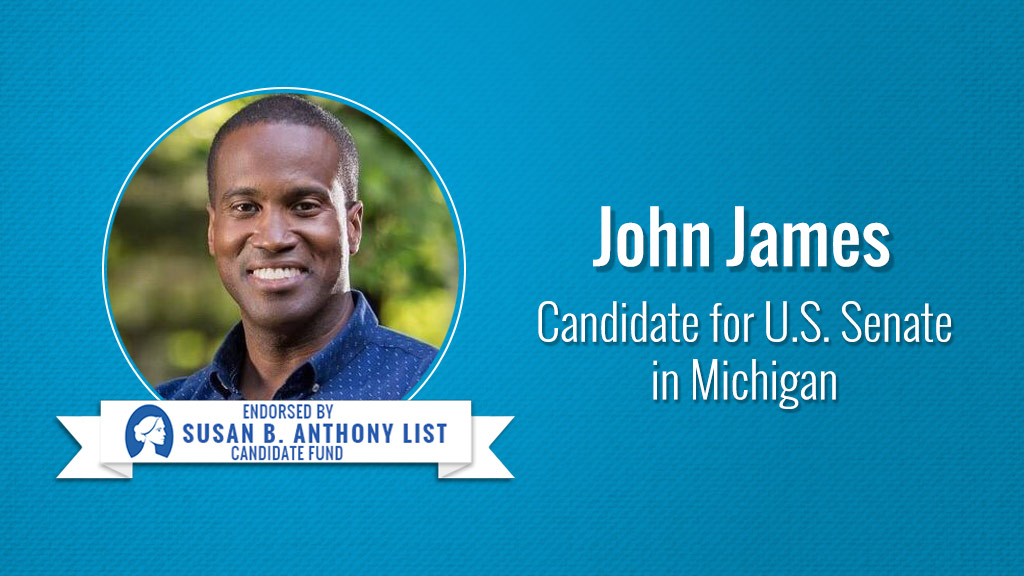 “John James will be a strong pro-life voice in the U.S. Senate, and we are very proud to endorse his candidacy,” said Jane Abraham, SBA List Chairman of the Board. “John presents a clear contrast to Senator Gary Peters who has voted to allow late-term abortions and even voted to block legislation that would provide care to children born alive after failed abortions. Senator Peters also voted to block both of President Trump’s Supreme Court nominees. We urge all Michigan voters concerned with protecting life to support John James.”

After graduating from West Point in 2004, John James became a Ranger-qualified aviation officer. He served in Operation Iraqi Freedom where he logged 753.8 combat flight hours leading two Apache platoons. After eight years of service to the nation, James returned to Michigan to work in the family business, James Group International, where he grew the company and created American jobs. He and his wife Liz have three boys and live in Farmington Hills, Michigan.