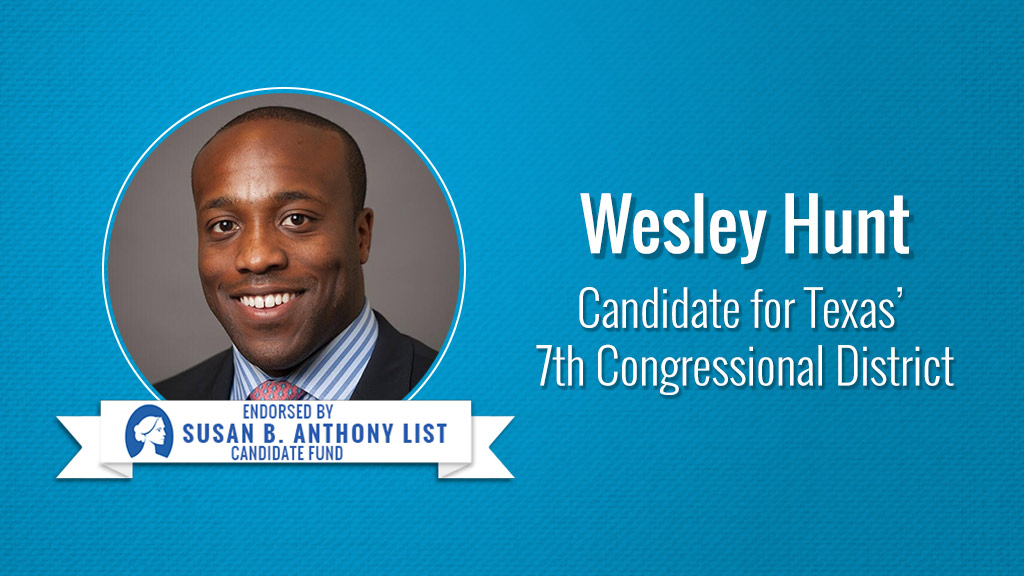 “We are proud to endorse Wesley Hunt, whose principled pro-life convictions will be an asset to Texas in Congress,” said Marilyn Musgrave, SBA List Vice President of Government Affairs. “As a service member Wesley fought to protect America’s values and way of life. In Congress he will fight to protect the most vulnerable among us, standing up to the radical abortion lobby. We are excited to see him advance to challenge Lizzie Fletcher, who consistently votes for taxpayer-funded abortion and refuses to protect even babies born alive in failed abortions, putting her dramatically out of step even with many rank-and-file Democrats. Wesley Hunt is the strong pro-life leader the people of Texas need and deserve.”

Wesley Hunt is a native of Houston and a graduate of West Point. After his service in the Army, he completed his continuing education and moved home to Houston where he serves on the board of organizations like the Harris County Center for Mental Health and as a youth mentor through MacCormick Juvenile Detention Center and Big Brothers Big Sisters in Austin, Texas. He and his wife Emily welcomed their first child, Victoria, last February.