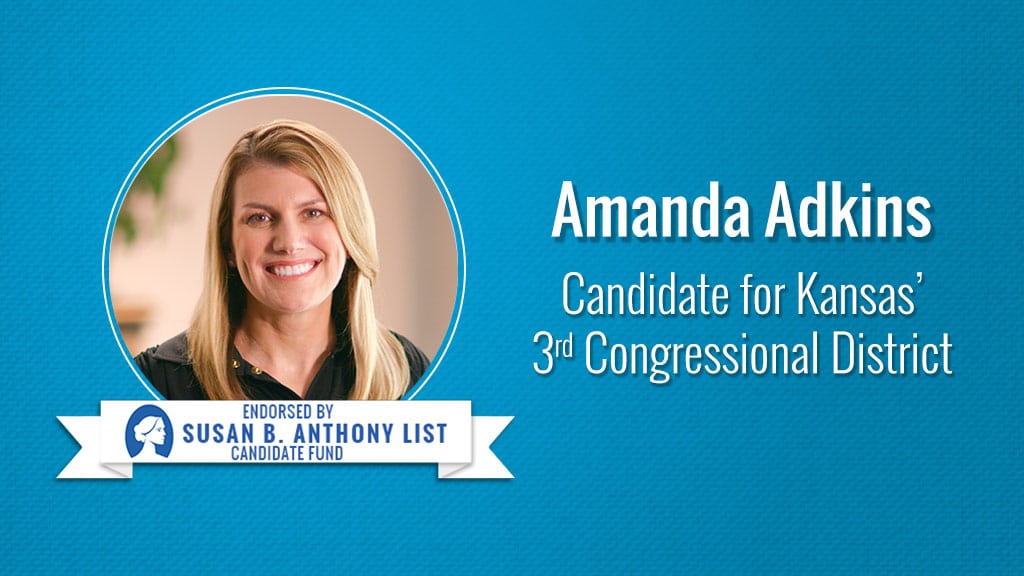 “Amanda Adkins is a model of the pro-life, pro-woman leadership Susan B. Anthony List exists to promote. We are proud to endorse her,” said the Honorable Marilyn Musgrave, SBA List’s vice president of government affairs. “Amanda has spent her career working to improve health care for Americans and is a longtime advocate for children. She will be a champion for the most vulnerable – born and unborn – at a time when voices like hers are more urgently needed in Washington than ever. In contrast, her opponent Sharice Davids continually sides with the radical abortion lobby, even blocking efforts to stop extreme late-term abortion and infanticide – earning an ‘F rating’ on our National Pro-Life Scorecard. The choice is clear. We urge pro-life Kansans to send Amanda Adkins to Congress.”

Amanda Adkins worked for 15 years as an executive at Cerner Corporation before running for Congress and has a background in health care and information technology. From 2009-2013 she served as chair of the Kansas GOP. She co-founded the Dwight D. Eisenhower Excellence in Public Service Series to help prepare Republican women to seek greater involvement in leadership, government and politics. She also served as chair of the Kansas Children’s Cabinet and founded the Systems of Care Initiative, which helps business leaders invest in early learning organizations.

Adkins and her husband, Jason, have two children and live in Overland Park, Kansas.