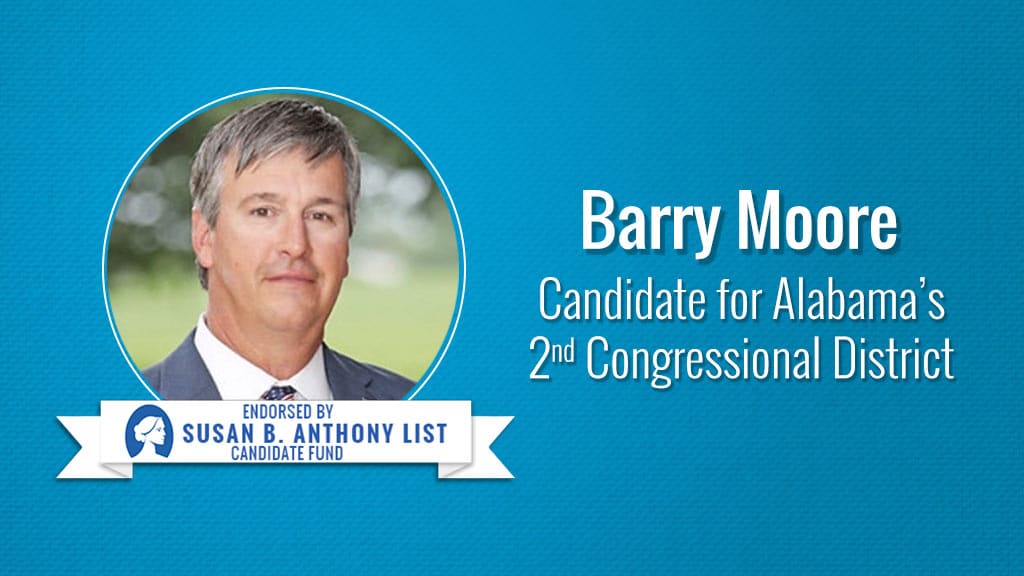 “We are proud to endorse Barry Moore, a staunch and consistent defender of the unborn throughout his time in the legislature,” said the Honorable Marilyn Musgrave, SBA List’s vice president of government affairs. “In the Alabama House of Representatives, Barry led the charge to protect unborn babies from the time their heartbeat can be detected and strengthen informed consent to safeguard vulnerable women from the profit-driven abortion industry. He will stand up to radical Pelosi Democrats in Congress who push abortion on demand through birth, paid for by taxpayers, and even infanticide. Alabamians deeply value life and deserve a champion like Barry, who has been a principled, dependable leader in Montgomery and will fight for their values in Washington. We encourage the pro-life voters of the 2nd District to support him and we look forward to working together to save innocent lives.”

Moore served in the Alabama House of Representatives from 2010-2018. A lifelong Alabamian, he grew up in Coffee County and attended Auburn University. He is the founder and operator of Barry Moore Industries and is active in his community and church. He and his wife Heather have four children.