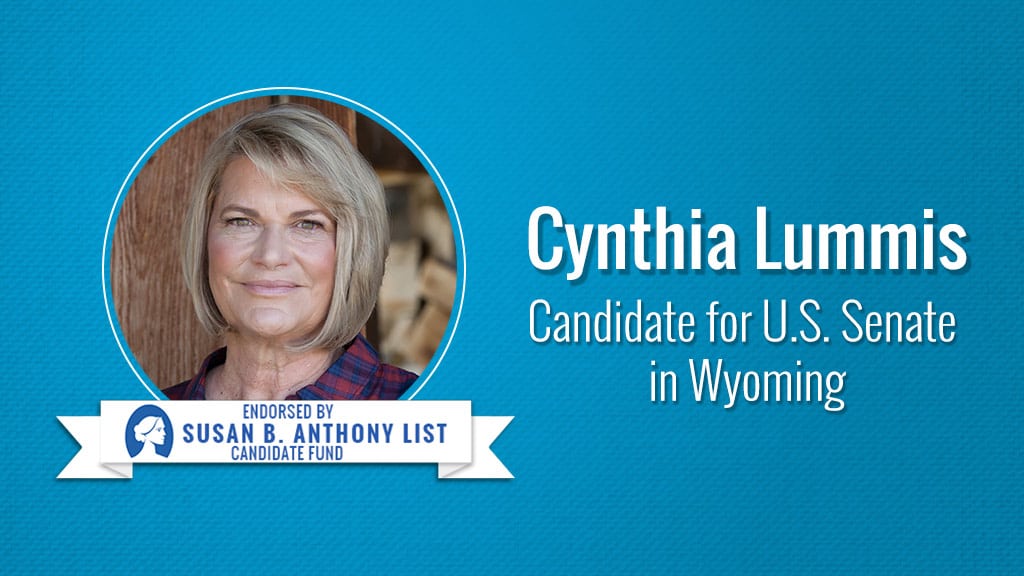 “We are proud to endorse Cynthia Lummis and look forward to working with her once again to protect unborn children, this time in the U.S. Senate,” said the honorable Marilyn Musgrave, SBA List VP of Government Affairs. “I was proud to serve with Cynthia when she represented Wyoming in Congress, and we could always count on her to support lifesaving legislation. We are excited to grow the ranks of pro-life women in the Senate when Cynthia is elected this November.”

Lummis represented Wyoming’s at-large congressional district from 2009 to 2017 and was a founding member of the Freedom Caucus. Prior to her time in Congress, Lummis served as state treasurer, as well as in the state House and Senate. Since 2016, she has operated her family’s cattle ranches and worked on the Sweetgrass development in Laramie County. She resides there with her daughter, son-in-law, and grandson.