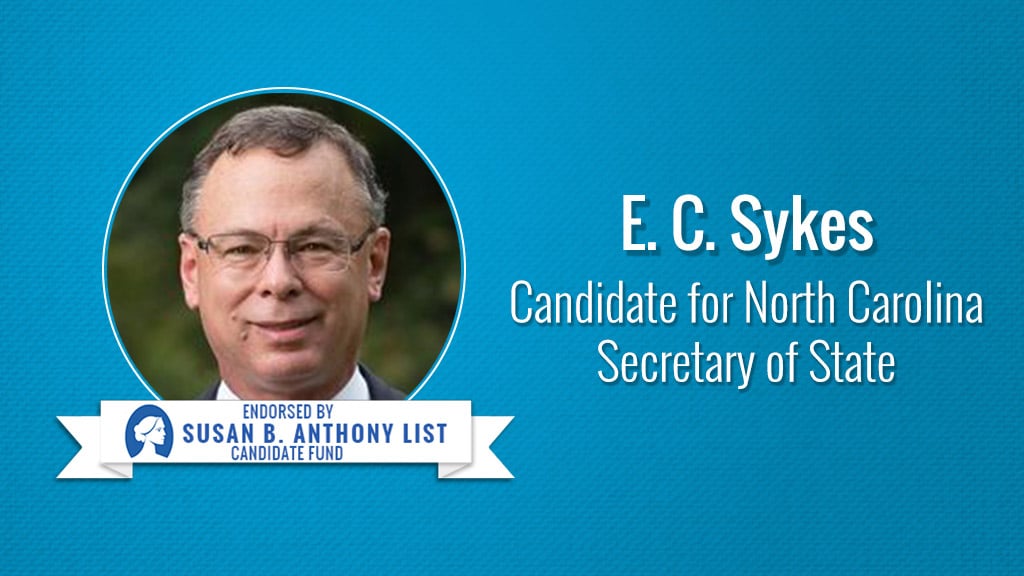 “E.C. Sykes is the model of a servant leader who stands forthrightly on his pro-life, pro-Constitution principles. We are proud to endorse him,” said SBA List Candidate Fund President Marjorie Dannenfelser, a North Carolina native. “A man of unwavering faith, E.C. has put his values into action throughout his life, by opening his own home to children in need and through his steadfast support for pro-life pregnancy centers that provide compassionate assistance to mothers and families. Combined with his extensive business acumen, he is ideally suited to take on Elaine Marshall – an extremist Democrat and career politician backed by the radical abortion lobby – and promote a freer, more prosperous, and most of all life-affirming state. We encourage all North Carolinians to vote for E.C. in the coming election.”

E.C. Sykes is the founder and general partner of Aslan Ventures, a real estate investment fund that invests solely in North Carolina. Born and raised in Durham, he previously was CEO of a small manufacturing company that became one of the fastest growing companies in North Carolina under his leadership, as well as a group president and executive officer for a $25 billion Fortune 500 company. He served as Director of Faith and Religious Liberty for Senator Ted Cruz’s 2016 presidential campaign. E.C. and his wife Susan then returned to North Carolina and are active in the community, supporting various charities, including local pregnancy centers. They have two children and three grandchildren and served as foster parents for three years.