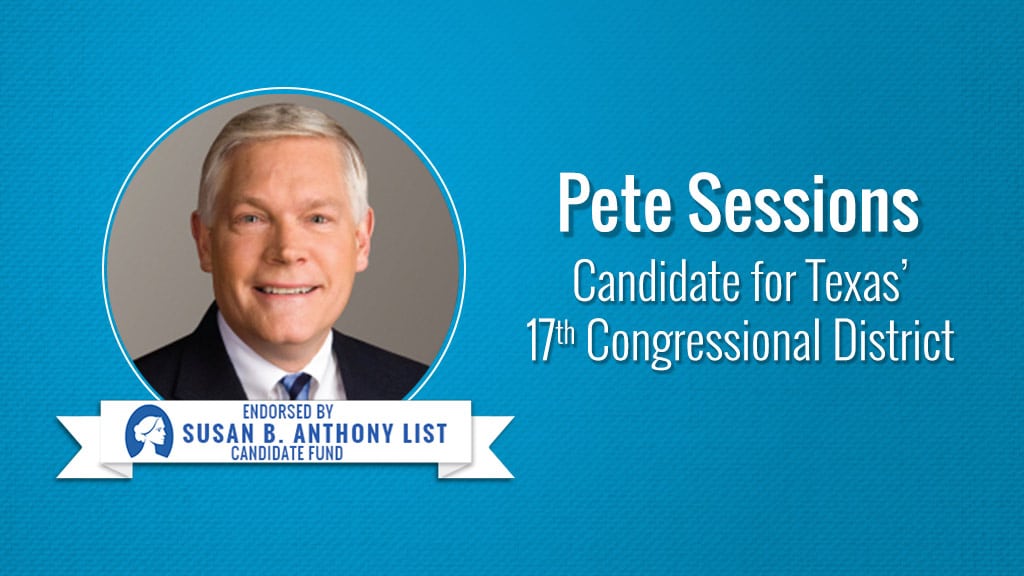 “Congressman Pete Sessions maintained a 100% pro-life voting record during his time in Congress and we are excited to see him back in the fight in Washington,” said the Honorable Marilyn Musgrave, SBA List’s vice president of government affairs. “As a man of faith and father to five, including a grown son with special needs, Rep. Sessions deeply understands the value of every life. At this pivotal moment in the battle to protect unborn children and their mothers, we need strong pro-life leaders in Congress more than ever to counter the Pelosi Democrats and their radical abortion agenda. Rep. Sessions is a hardworking, lifelong public servant who will stand up for the values of the Lone Star State. We look forward to working with him again to defend the most vulnerable.”

Hon. Pete Sessions served in Congress from 1997-2019, where he maintained a 100% pro-life voting record and co-sponsored pro-life priority legislation such as the Pain-Capable Unborn Child Protection Act and the Born-Alive Abortion Survivors Protection Act. He has a background in telecommunications and was an executive at AT&T from 1978-1993. He and his wife Karen have five sons and are members of First United Methodist Church in Waco, Texas.