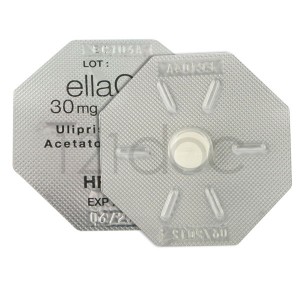 We’ve all heard about the common abortion advocate’s plea:

“The number of abortions would decrease in the U.S. if only contraception and birth control were promoted to a higher degree.”

Well, this is not true.

And the most dangerous ones are emergency contraception pills. These are commonly mistaken as  “birth control,” but their abortive consequences are well-known. They are used to prevent ovulation from occurring, but beside the fact that breakthrough ovulations commonly occur, they have long-term health consequences for women.

The most common emergency contraceptive pills, are ellaOne and Plan B:

60 million worldwide use contraceptive pills as a method of pregnancy prevention, and 20% of this figure are U.S. women, according to the U.S. Centers for Disease Control and Prevention.  Around 10% of U.S. women use emergency contraception, abortive agents. More overly, 54% of abortions occur when the mother was using contraception when she was pregnant

Planned Parenthood promotes the EC pills Plan B One-Step, ella, and Next Choice. They defy the scientific evidence and instead claim that “emergency contraception will not harm a fetus.”

In their Q&A regarding pregnancy, Planned Parenthood claims that “(a person) starts when a baby tales its first breath.” In the same answer, they state that: “In fact, both the egg and the sperm are living things before they meet and join.”  So whatever “life” comes after fertilization suddenly stops conveniently during pregnancy and becomes a person at birth? What is in between?

Its time to DEFUND Planned Parenthood!