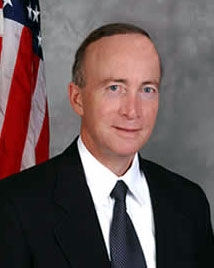 Indiana Governor Mitch Daniels recently told The Weekly Standard that the next president “would have to call  truce on the so-called social issues. We’re going to just have to agree to get along for a little while.”

Later, when asked by The Weekly Standard’s John McCormack whether or not he would reinstate the Mexico City Policy (banning U.S. funding to groups that provide or promote abortion overseas), Daniels replied “I don’t know.”

In an Fox News op-ed, Frank Cannon, SBA List Treasurer and President of the American Principles Project takes on Daniels’ claim that protecting Life must take a back seat to economic issues.

Mitch Daniels, a man not given to making many national headlines, finally did so with a remark that the next American president will need a truce on the “so-called social issues” while he deals with the economy. Ever since the Indiana Governor’s comment appeared in a magazine piece in which he was touted as potentially that next president, the “truce talk” raced through the blogosphere like an electric current.

Daniels is no obscure political figure in a heartland red state. He has been a quietly effective and unusually popular Republican governor with a well-earned reputation for cost-cutting and health care innovation. With a federal debt approaching $13 trillion, Daniels is apparently seen by many as just what Washington needs.

The “truce” comment might have been a one-day story were it not for Weekly Standard blogger John McCormack, who caught up with Daniels shortly after the magazine piece appeared. To clarify, he asked Daniels if he meant that social issues would be de-emphasized if he became president, or if he would actually refuse to act.

Would Daniels, for example, reinstate the Reagan-era Mexico City policy (banning U.S. foreign aid to groups that provide or promote abortion overseas)? The policy has been suspended and reinstated by executive order by successive Democratic and Republican presidents for the past 20 years.

The reply would have been careless for any prospective GOP candidate for the White House; for a reputed social conservative, it was something much worse. It had the feel of a planned surprise – a flight from orthodoxy meant as a symbolic message that a whole array of issues are about to be shelved. Restoring the Mexico City policy would require only a presidential executive order, a stroke of the pen. Presidential pens are not a heavy lift.

The Hoosier governor’s truce talk is wrong on so many levels. It needlessly demeans one portion of the conservative coalition – the “ethnic, Catholic (and, more recently, evangelical) blue collar” vote that Ronald Reagan led into fealty with the GOP’s traditional hawks and economic conservatives. And social conservatives are not just a portion of that coalition – they hold views on issues like federal abortion funding and protecting the definition of marriage that represent a significant majority.

Second, calling for a truce on social issues is a little like asking the kid being pummeled by the schoolyard bully to stand down. All the kid is doing is holding his hands in front of his face to ward off the blows. Social conservatives did not launch campaigns to exploit the definition of marriage for their own gain, whatever that would mean. Instead, they have only fought to preserve the natural and perennial status of marriage as the union of one man and one woman. They have faced, and in most cases defeated, judicial elites who have sought to impose same-sex marriage on the populace.

The long-term battle over the sanctity of life issue has had the same character. The Supreme Court attempted to resolve it in 1973 by judicial fiat, nullifying the laws of all 50 states. In the four decades since, the courts have gone further and limited laws designed to guarantee parental consent and encourage informed consent. And in the past year alone the Obama Administration has subverted federal abortion funding restrictions by rescinding the Mexico City policy, approving local public funding of abortions in the District of Columbia and, most egregiously of all, designing a national health system that will provide tax credits for plans that cover elective abortions.

Social conservatives are, by and large, resisting public policies handed down from on high by unelected judges. In many cases, they are rallying for causes the elites thought they could resolve by undemocratic means. Since the passage of the Obama health plan, five state legislatures have voted to bar coverage of elective abortions in their insurance exchanges. Believing they had largely won the battles over public abortion funding three decades ago, pro-life Americans are fighting again for the same principle in battles they did not seek.

At the end of the day, Mitch Daniels’ truce talk is a profound insult to the public’s intelligence. Defenders of life in the womb and the marital bond cannot sit back while yet another administration tells them to take a pounding because “bigger issues” like excess government spending deserve all the attention.

When millions of these social conservatives are asked the question sometime next year whether they will support Mitch Daniels or anyone like him who derides their concerns and counsels surrender, they won’t be answering, “We don’t know.”

Frank Cannon is the President of American Principles Project and Treasurer of the Susan B. Anthony List.