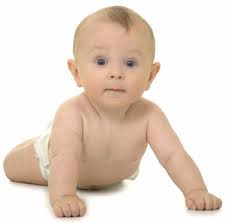 Pro-life activists across the country: thank you for your incredible efforts!

Since the campaign to defund Planned Parenthood first began, more than one million pro-lifers have been mobilized to contact Congress to insist that the nation’s largest abortion provider is defunded of our tax dollars.

And now is not the time to slow down. We can and must keep fighting!

Last week while Members of Congress were home in their districts, you were asked to call their home offices and insist that Planned Parenthood be defunded in the upcoming Continuing Resolution to fund the government.

Now, Congress is back in session and you better believe that they need to hear from you NOW more than EVER! Your SBA List is blanketing Capitol Hill with television and radio ads featuring former Planned Parenthood clinic director Abby Johnson, now a pro-life advocate.

And our elected leaders need to hear Abby’s testimony as much as they need to hear from YOU, their constituents.

Get the facts on Planned Parenthood, then take action.

A recent report by the pro-life Chiaroscuro Foundation based in New York City found that:

Planned Parenthood is extraordinarily wealthy in its own right, and does not need tax dollars to continue to operate.

Planned Parenthood is an abortion organization. It performs about one in every four abortions in the U.S. Ninety eight percent of Planned Parenthood’s services to pregnant women are abortion.

More government funding of Planned Parenthood has corresponded with increased number of abortions there.

Planned Parenthood touts its “preventative services” but they all seem to have failed to prevent the problems they claim to solve. Rates of non-marital births and sexually transmitted diseases are increasing, and rates of abortion remain very high or are increasing.

Reach out to your family and friends and explain to them why it’s so important for women, girls, unborn children and taxpayers that Planned Parenthood is defunded of the over $300 million in taxpayer dollars it receives from our pockets each and every year.

Need backup when you’re talking to them?

Watch the videos: Don’t forget the Live Action videos that started it all by catching Planned Parenthood employees from the clinic manager to the receptionist to the nurse practitioner actually aiding and abetting the sex trafficking of young girls.

Make the economic argument: Over twenty five fiscally conservative groups came together to join pro-life groups in calling for the defunding of Planned Parenthood. Americans for Tax Reform, Citizens Against Government Waste and the American Civil Rights Union wrote a letter to Congress to say that in a time of economic crisis, Planned Parenthood is the last group that should be receiving our tax dollars.

We’ve never had a better time to defund America’s number one abortion provider!

Take Action immediately by visiting the Susan B. Anthony List Action Center. With just one-click, you can send an email to both of your Senators as well as your Representative.

It’s time to flood their inboxes!