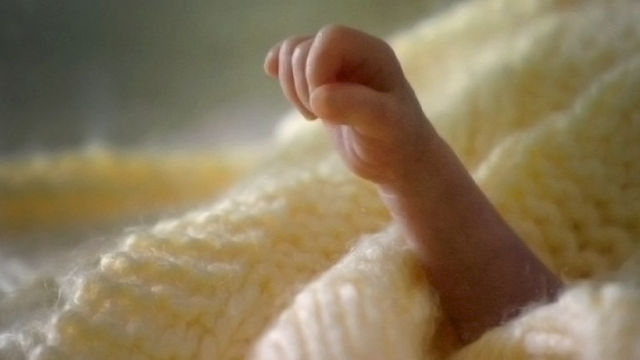 One chilling example can be found in the United Kingdom, where premature births and “guidelines” for their resuscitation have been a hot topic this month – mostly resulting from a documentary aired on BBC2 titled 23 Week Babies: The Price of Life.

As far as I could find, the entire documentary is not available online – but the preview clip can still be viewed here (warning: it’s pretty intense). In this clip, the narrator explains that babies born at 22 weeks are treated as miscarriages and those at 24 weeks are considered viable. However, those babies born at 23 weeks are born in a gray area – where a baby’s chances at survival are high and his or her chance for a “normal” life are higher still.

Guidelines created by the British Association of Perinatal Medicine, which are followed by all hospitals in the National Health System, say “[i]f gestational age is certain and less than 23+0 (i.e at 22 weeks) it would be considered in the best interests of the baby, and standard practice, for resuscitation not to be carried out.” [Emphasis added.] Even with the best medical care, only 9 percent of babies born at 23 weeks leave the hospital and only 1 baby out of 100 born at 23 weeks grows up disability-free.

Since these guidelines were published, a number of stories have surfaced in which babies born before 23 weeks were denied any care at all. Most recently, on March 17, BBC News published the story of a mother who, after having anesthethia, believed that she and her baby were led to a small private room so that her baby would get better care. Instead she had been moved there to spend time with her baby as it was dying…Her son Tom died after just 46 minutes of life.

Not only do these guidelines hand over the power of life and death to medical professionals, but they undermine the value of any and all lives deemed not worth saving. To deny treatment to a newborn baby on the basis of a guess or a statistic that the baby’s life will be difficult is tantamount to saying that disabled life is no life at all. This point that is also raised in the documentary mentioned above. A 21 year old paraplegic who was born prematurely says on camera that she has thought of taking her own life. This sad result is just one symptom of our cultural disease that discounts disabled life – a position that is only strengthened when medical professionals decide that some lives just aren’t worth saving.

Second, in the clip from this documentary, there is one gentleman who clearly admits that failing to resuscitate these babies goes against a moral value rooted in society. And one medical official in the national health system told a reporter that making the suggestion not to resuscitate babies born at 23 weeks would lead to a “witch hunt.”

Finally, for the 10 or 20 horror stories we hear about babies whose lives were deemed unworthy of saving (and for the hundreds more that we never hear about at all), there are always happy stories of children who beat the odds – children whose lives may not be perfect, but who bring happiness to their families, friends and communities. Think of all the lives touched by Baby Joseph, whose parents – with the help of Fr. Frank Pavone and many other pro-life groups – have fought for their son, for his right to live and not to die prematurely, that they might enjoy his love, which he gives simply with his presence.

And one more bright story – one of a young man with extraordinary talent named Christopher Duffley. He was born three months premature, but weighed only 1 pound 12 ounces at birth and had cocaine in his system. His gifts at music and his joy have inspired many – despite his blindness and other disabilities:

It’s stories like these, of children, and sometimes adults, who have suffered, who have faced unbelievable odds and yet smile anyway. Rather than be soured by the difficulties that life has brought them, they chose to make lemonade as the adage goes.

This is how the culture of life marches on – one life, one joy at a time. Marching on to victory…on to the day where each life, born and unborn, will be valued for the immeasurable gift that it is.