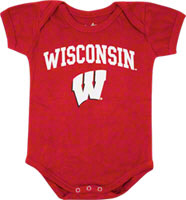 reported Tuesday that the Madison Surgery Center at the University of Wisconsin Hospital and Clinic stopped plans to being providing late term abortions. In 2009, the University of Wisconsin’s Board approved a plan to create a late-term abortion facility that would provide approximately 125 abortions annually for women whose unborn children are about 19 to 22 weeks old. Pro-life groups peacefully and legally protested outside of the hospital to stop the program from coming to fruition.

Dr. Nancy Fredericks, an anesthesiologist at the UW Hospital, was opposed to the late term abortions and refused to take any part in the abortions. 3 of the 4 anesthesiologists agreed – making it very difficult for the hospital to even coordinate the abortion procedures. Ironically, this comes as the Obama administration fights to overturn conscience rights for medical professionals put in place by the Bush administration in 2008.

While speaking about her disappointment in the pro-life success, NARALs Wisconsin chapter spokesperson Lisa Subeck told the Badger Herald that: “Clearly women are seeking abortions after the 18th week…It’s particularly devastating to think these women…will not have access to the service.”

The truly devastating fact in this debate lies not in the idea that these women “will not have access to the service” but rather in the fact that these “services” could have been provided at all! The devastation lies in the fact that countless innocent babies could have been denied the right to Life. Thankfully, the pro-life voices of Wisconsin followed their hearts and spoke up for those who cannot speak for themselves. Thank YOU pro-life Wisconsin!