What does actor Jim Caviezel (of the Passion of the Christ) and England’s Lord Nicholas Windsor (Son of the Duke of Kent) have in common?

I’ll give you a hint: it’s definitely not their accents.

Again, recent interviews show that they share more than just fame and fortune.

Give up?  The correct answer is both Caviezel and Lord Nicholas Windsor believe that abortion is the worst transgression committed in the modern world.

In a recent interview in Spain, Jim Caviezel was asked what he thought the greatest moral defect in the Western World was.  He responded:

“Abortion, without any doubt.  As Mother Theresa said, ‘abortion will end up bringing the world to nuclear war’. When a man kills a man in a war situation, it is bad, very sad.  Attila [the Hun] went further.  He said ‘not only am I going to kill men, but also women and children.’  He raised the bar to another level.” 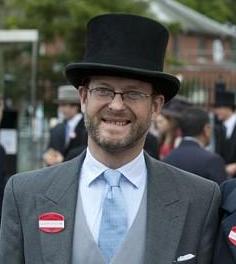 “Abortion goes much further: when the mother herself kills her son she goes against her own nature, against her own instinct.  People talk about ‘choice’, but when a woman does that, when she destroys the life of her unborn child, then, we have arrived at the limit.  The level cannot go higher regarding evil.”

Given the popularity of the pro-life movement in Hollywood, and England as well, it is simply nice to witness celebrities in both environments that are pro-life; and unabashedly so.