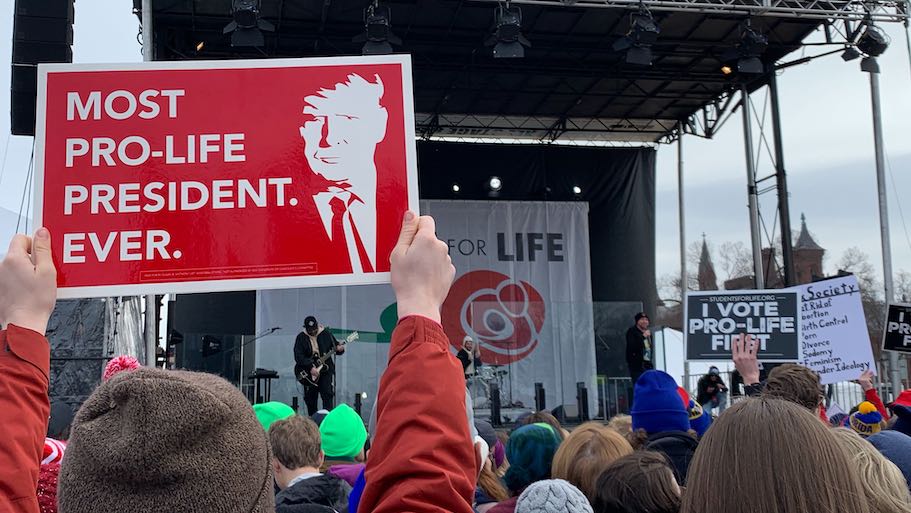 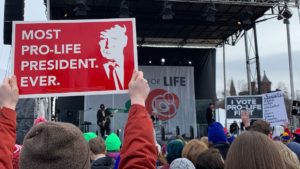 Ahead of this year’s State of the Union address, the state of the pro-life movement is the most hopeful yet since Roe v. Wade. President Trump’s leadership as the most effective pro-life president in American history has been a game-changer. As evidenced in his historic address at this year’s March for Life, he has truly embraced our movement and delivered on his promise to be a pro-life president; now we will deliver for him at the ballot box.

Trump’s comments on life in last year’s State of the Union, calling out Democratic Party leaders for their support of late-term abortion and even infanticide, were the most explicit made on the issue by any president in that address. Reacting to brazen displays of abortion extremism from Democrats in states like New York and Virginia, he observed, “This is going to lift up the whole pro-life movement like maybe it’s never been lifted up before.”

He was right. The president’s leadership so emboldened lawmakers and activists across the nation that states enacted nearly 60 pro-life laws in 2019 alone – and pro-life Americans are looking forward to making even greater gains in 2020 and beyond.

Today the contrast between President Trump and the Democrats is even starker. A new poll shows 88 percent of Republicans, 62 percent of Independents, and 44 percent of rank-and-file Democrats prefer to vote for a candidate who wants significant limits on abortion – yet all of the president’s opponents have doubled down on expanding abortion on demand through the moment of birth, no limits whatsoever paid for by taxpayers. They refuse to condemn infanticide, while Democrats in Congress led by Speaker Nancy Pelosi block popular legislation to protect babies who survive abortions.