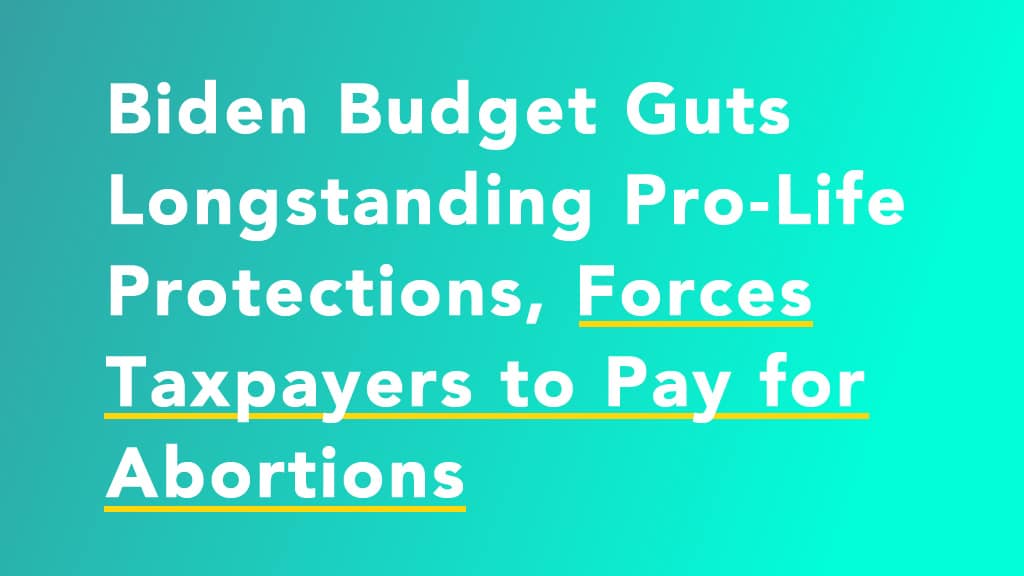 “For more than four decades, the Hyde family of pro-life policies has kept American taxpayers out of the abortion business, with the Hyde Amendment itself saving nearly 2.5 million lives. The Biden budget throws that longstanding, bipartisan consensus out the window to fulfill a campaign promise to the radical abortion lobby,” said SBA List President Marjorie Dannenfelser. “Once a supporter of policies that protect the lives of the unborn and their mothers, President Biden today caters to the most extreme voices within his party. The majority of Americans remain opposed to taxpayer-funded abortion. We urge our congressional allies to be fearless in fighting to preserve the common-ground Hyde principle and to reject any budget that omits vital pro-life protections.”

Yesterday more than 60 pro-life leaders sent a letter to congressional leadership urging them to fight for the Hyde Amendment and other similar longstanding pro-life riders during the appropriations process. Learn more at sbaprolife.org/hyde.