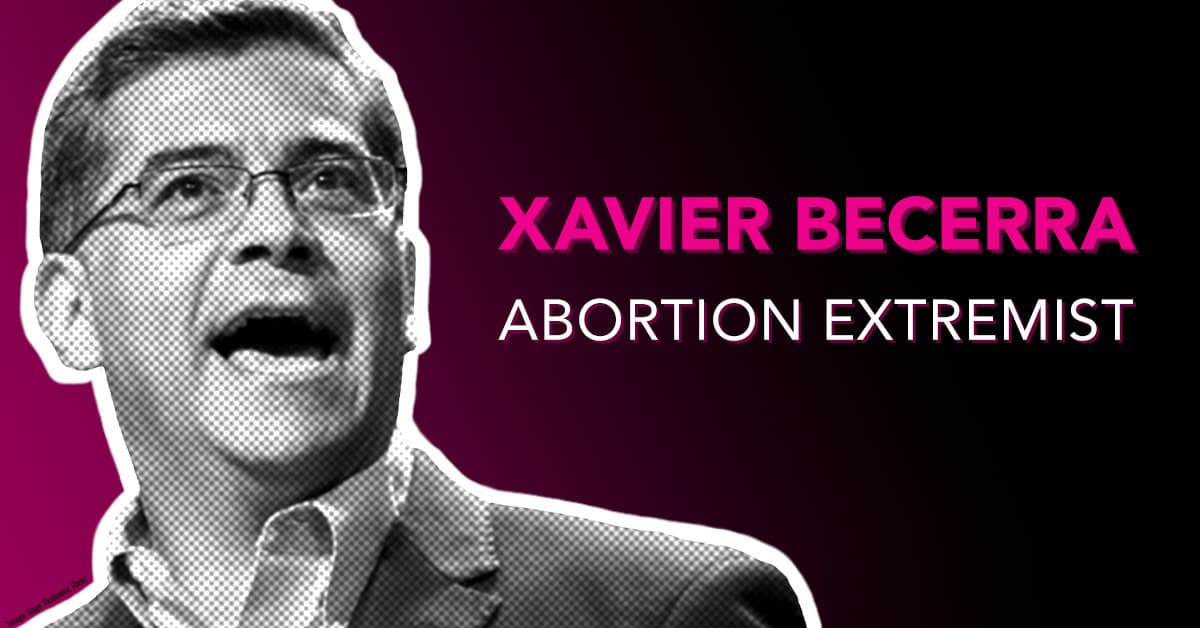 Washington, D.C.  – A coalition of more than 60 national and state pro-life leaders sent a letter today to the ranking members of the U.S. Senate HELP and Finance Committees urging them to reject President Biden’s nominee for secretary of the Department of Health & Human Services, Xavier Becerra.

The letter reads in part:

“Mr. Becerra is an enemy to every pro-life policy and law and has demonstrated complete disregard for the religious and moral convictions of those opposed to the brutal act of abortion. His radical record in public office as California’s Attorney General and member of Congress leads our organizations to ask you to reject Mr. Becerra’s nomination… Mr. Becerra’s confirmation would be divisive and a step in the wrong direction. We understand that the president needs to assemble a cabinet; however, Mr. Becerra has proven himself to be an enemy of the health of women and the unborn. He cannot be entrusted with our national health programs and policies and is not qualified to serve as Secretary of Health and Human Services.”

“Xavier Becerra has been portrayed as moderate, but he is infamous among pro-lifers for his decades-long record as a vocal pro-abortion advocate. In Congress and as attorney general of California, Becerra not only joined pro-abortion efforts – he led them. President Biden could not have picked a more eager pro-abortion activist to head HHS and we urge senators to reject his nomination.”

Abby Johnson
Founder & CEO, And Then There Were None