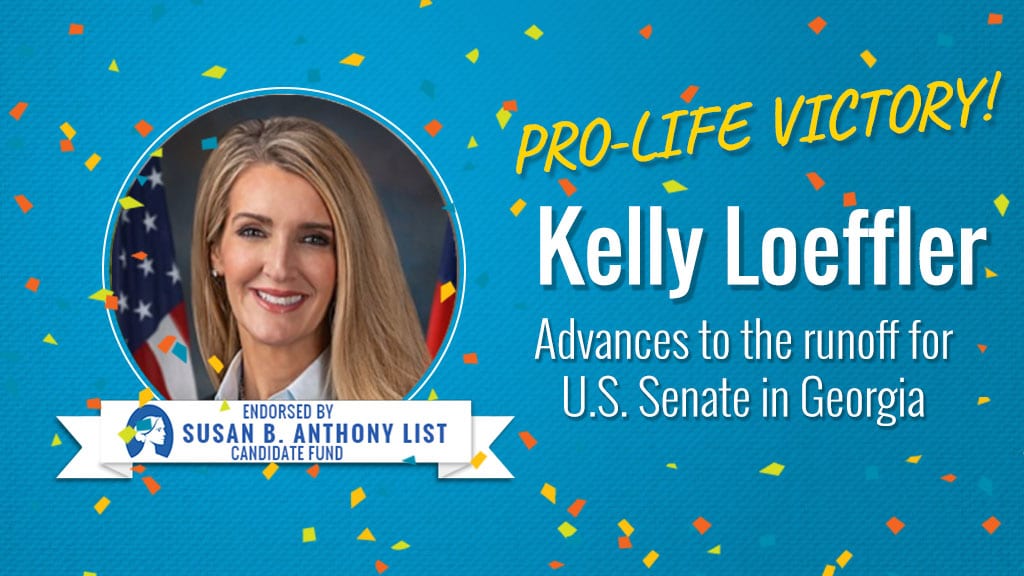 “We are going all in for pro-life champions Kelly Loeffler and David Perdue,” said Mallory Quigley, national spokeswoman for the independent expenditure campaign. “The outcomes of these races will determine the fate of the U.S. Senate and our nation. Without a pro-life Republican majority in the Senate, there would be no check on the pro-abortion Biden-Harris administration, Chuck Schumer, Nancy Pelosi and the radical pro-abortion lobby bent on ditching the filibuster and packing the Court.”

The group’s Georgia campaign is an expansion of their $52 million+ campaign to re-elect President Trump and the pro-life Senate majority. The largest election effort in the organization’s history reached more than eight million voters across 10 key battleground states. Details of the campaign can be found in SBA List’s 2020 Election HQ.