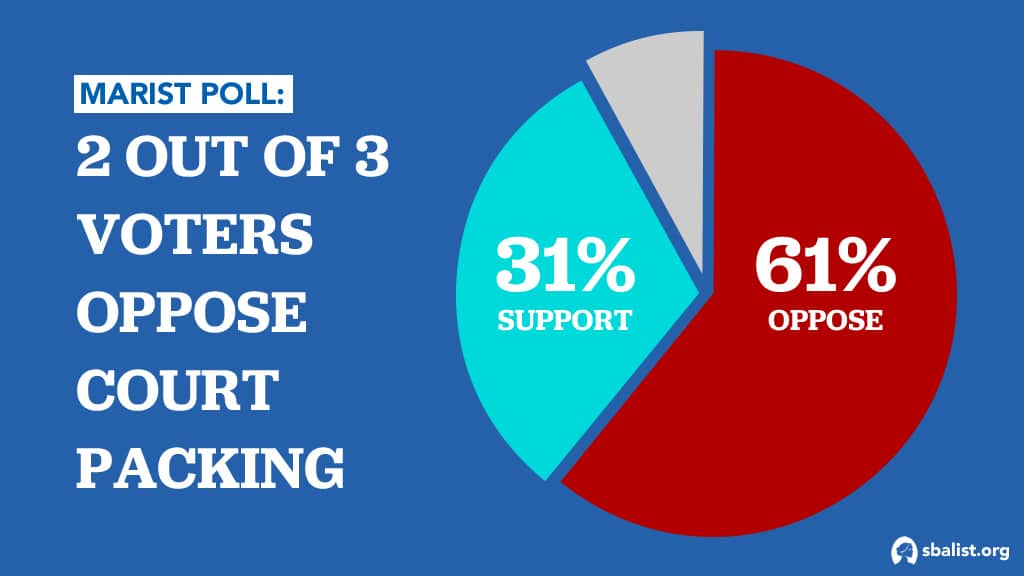 Washington, D.C. – Ahead of the final presidential debate tonight, the national pro-life group Susan B. Anthony List (SBA List) issued a statement on Joe Biden’s proposed commission to study ways to alter the makeup of the Supreme Court:

“Joe Biden must be challenged at tonight’s debate to give a straight yes or no answer on expanding the Supreme Court. His latest punt on forming a ‘commission’ is intentionally unclear, designed to confuse voters. Make no mistake: Biden and Harris are running out the clock until Election Day, determined to expand the Supreme Court if they win. Their goal is to destroy the third branch of government in order to permanently enshrine abortion on demand through birth, paid for by taxpayers,” said SBA List President Marjorie Dannenfelser.

A new poll sponsored by Susan B. Anthony List and conducted by The Marist Poll shows that nearly two in three voters (61%) – including 63% of Independents and 31% of Democrats – oppose Joe Biden adding more justices to the Supreme Court if he is elected president.

The new poll comes on the heels of a separate Gallup poll finding that a majority (51%) of Americans want President Trump’s nominee, Judge Amy Coney Barrett, confirmed to the Court.

SBA List and its partner Women Speak Out PAC will reach eight million voters before Election Day, educating them about where the presidential candidates stand on abortion and the Supreme Court.