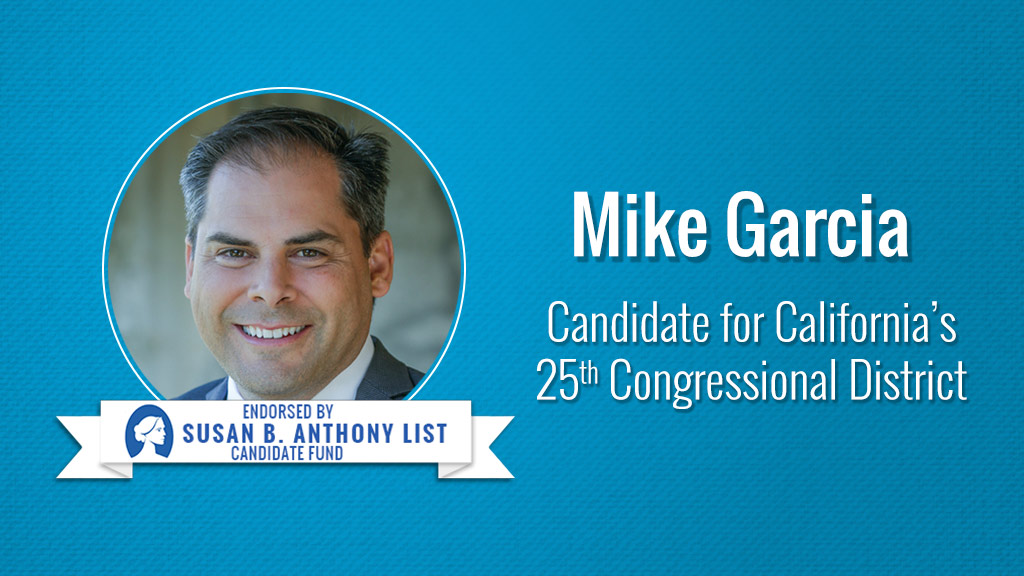 “Mike Garcia is an exemplary servant leader and a passionate advocate for families and community,” said Marilyn Musgrave, SBA List Vice President of Government Affairs. “As a fighter pilot in the U.S. Navy, Mike put his values in action defending freedom and democracy. He is dedicated to upholding our Constitution and has the courage to stand up to the abortion lobby in Washington. In contrast, Christy Smith is an extremist endorsed by radical pro-abortion groups. California does not need another rubber stamp for the Pelosi agenda which includes forcing taxpayers to fund abortion on demand through birth. We encourage the voters of the 25th District to cast their ballots for Mike by May 12th!”

Mike Garcia is a highly decorated former naval officer, flying over 30 combat missions as a fighter pilot. After his time in uniform, he returned to his hometown of Santa Clarita and now works at Raytheon. Through his passion for real estate and numerous charity organizations, Mike has invested in his community and helped those around him. He and his wife Rebecca have two sons.