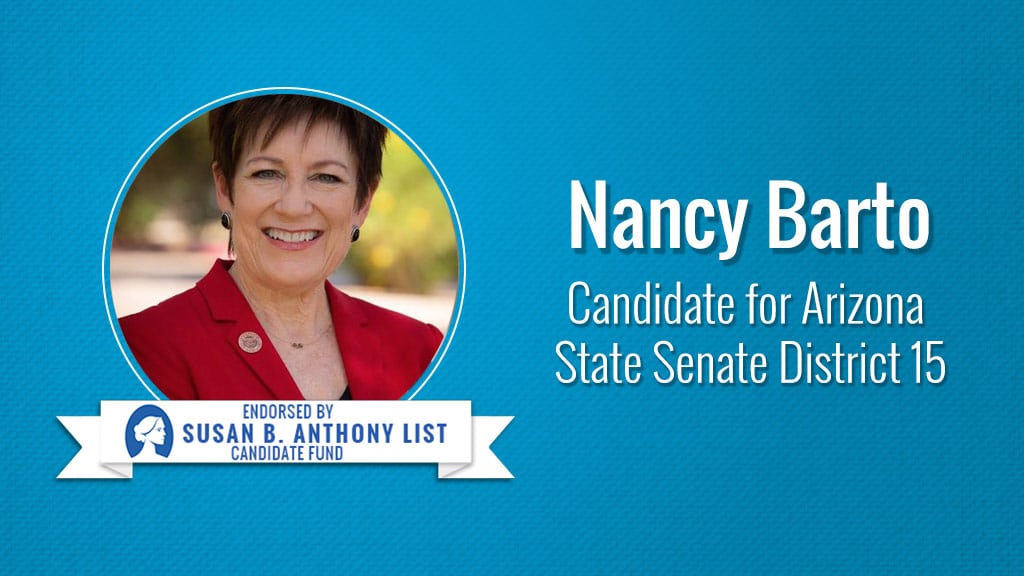 “Nancy Barto is a proven fighter for unborn children and their mothers and the only pro-life candidate in this race,” said the Honorable Marilyn Musgrave, SBA List Candidate Fund Vice President. “A longtime public servant and community leader, Nancy has consistently prioritized the protection of innocent lives during her time in the state legislature. As an original member of our National Pro-Life Women’s Caucus, she is a dynamic advocate whose efforts have helped make Arizona’s pro-life laws among the strongest in the nation. In stark contrast, Heather Carter has continually voted to fund abortion with taxpayer dollars – even pushing to enshrine a ‘right’ to abortion on demand in the state constitution – and has repeatedly helped sink funding for life-affirming alternatives to abortion. The choice is clear: Nancy Barto is a pro-life hero who truly reflects constituents’ values. We urge primary voters to support Barto in her bid to defeat Carter on August 4.”

Nancy Barto has served in the Arizona Legislature since 2013 and is a founding member of the National Pro-Life Women’s Caucus. She has cosponsored and led on numerous pro-life bills throughout her career, working on informed consent, the prohibition of “wrongful birth” lawsuits, preventing taxpayer dollars from funding abortion, advocating abortion pill reversal, funding lifesaving abortion alternatives, and protecting infants born alive after an attempted abortion.