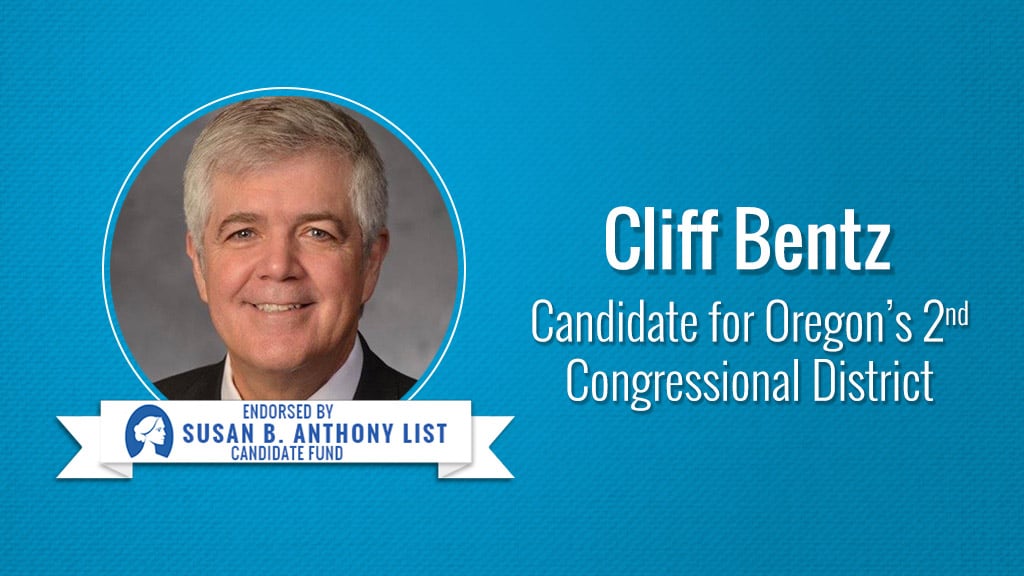 “Cliff Bentz is a bold, fearless champion of life whose leadership is greatly needed in Washington,” said the Honorable Marilyn Musgrave, SBA List’s vice president of government affairs. “Whether he is fighting to protect unborn children and their mothers, or fighting disabled and elderly Oregonians, Cliff stands firmly on the side of the vulnerable and embraces opportunities to lead on the life issue. As a loving adoptive father, he thoroughly lives his principles in both his public service and personal life. Cliff stands in stark contrast to Alex Spenser, a radical pro-abortion activist who will oppose even the most modest, popular pro-life initiatives. The choice is clear. We are proud to endorse Cliff Bentz and urge the voters of the 2nd District to support him.”

Bentz is a third generation Oregonian. He was first elected to the Oregon House of Representatives in 2008 and in 2018 was appointed to the Oregon Senate, where he served until 2020. In the Senate, Bentz fought efforts to roll back Oregon’s already meager protections against assisted suicide and maintained a 100% pro-life voting record. He received the 2019 Gayle Atteberry Award in recognition of his public defense of Oregon’s most vulnerable.

An attorney specializing in ranch reorganization and water law, Cliff and his wife Lindsay have two adopted children and live in Ontario, Oregon. They are active members of Blessed Sacrament Catholic Church.